Gender Perspective in Defence Presented in front of Supreme Commander

You are here:
GENDER EQUALITY 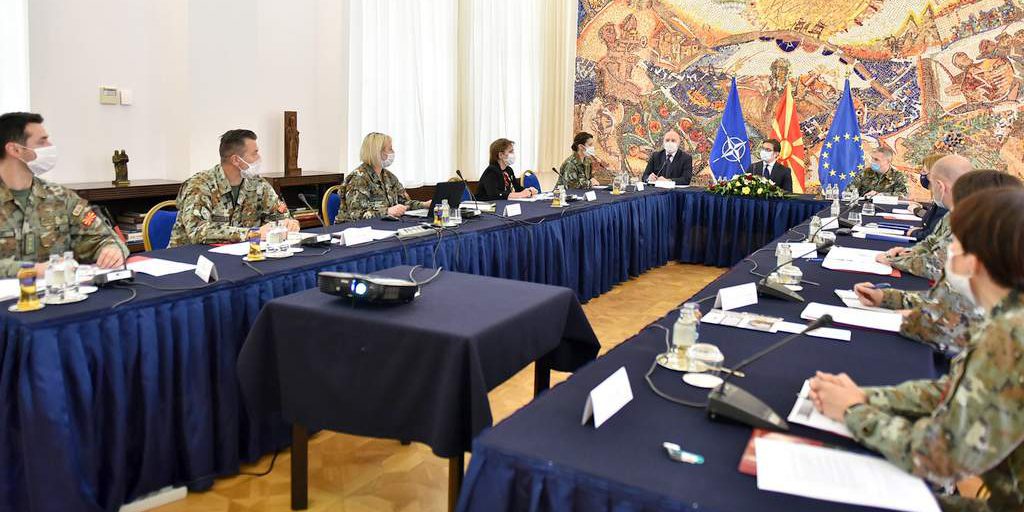 Today, the President of the Republic of North Macedonia, Stevo Pendarovski was informed about the promotion of the gender perspective in the Ministry of Defence and the Army, the gender structure, the National Action Plan and the policies for equal opportunities.

During the presentation they pointed out that the Ministry of Defence and the Army work on systematic resolutions to improve the gender equality and the rights of the employees.

The representatives of the working group for promotion of the gender perspective in the defence informed the President that the entire normative concept and the implementation of the gender perspective in the defence is in accordance with the NATO policies regarding the agenda for women and safety. Gender components, as well as gender structure in the Ministry and the Army are included in the Law on Service in the Army and the Law on Defence, which leads to higher gender sensitivity.

President Pendarovski pointed out that the equal opportunities and inclusive gender policies are a responsibility of all political entities in the society, as well as of the entire managing structure in the Ministry and the Army. Therefore, it is necessary to implement the positive legal regulations and to fulfil our responsibilities as a NATO member that has an army where men and women are part of the military and civilian structures, as well as part of numerous international operations and exercises.

President Pendarovski also pointed out that besides the improvement we have accomplished, as a society we still have to take great steps in order to achieve better gender equality and inclusive gender policies in various sectors.

Appreciation expressed to female Army members for their contribution to the Army
05.03.2021