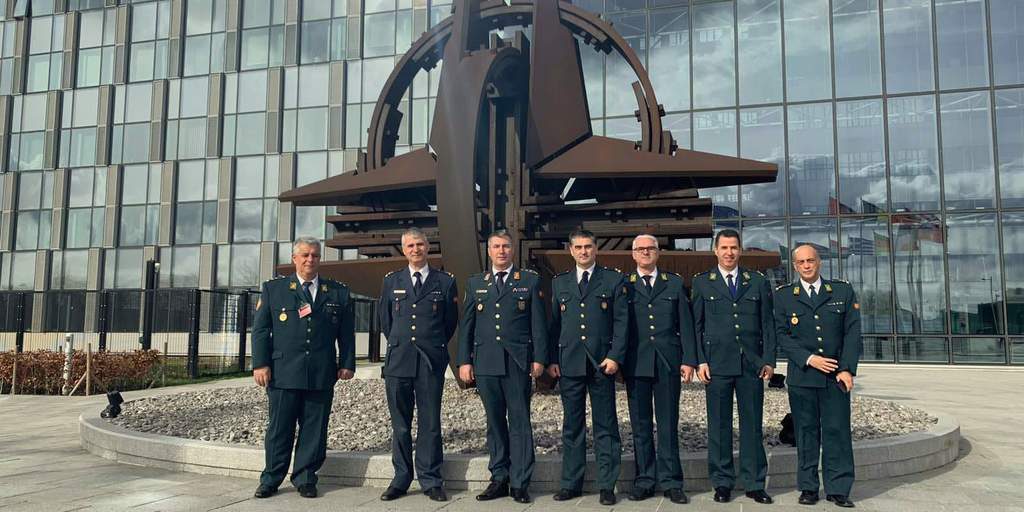 A delegation, consisting of representatives of the Army and the Ministry of Defense of the Republic of North Macedonia, led by the Deputy Chief of the General Staff of the Army, Major General Azim Nuredin paid an official working visit to the NATO Supreme Headquarters Allied Powers Europe (SHAPE).

This visit, which took place from 17th to 20th February, was related to the preparation of key personnel of the Army and the Ministry of Defense, who will be involved in the process to synchronize and integrate the national defense planning with the of NATO Defense Planning Process (NDPP).

This event was organized by the Staff Element Europe of the Allied Command Transformation. At the meeting the NATO Defense Planning Process (NDPP) was discussed as well as the coordination of the participation and the activities of the representatives of the General Staff of the Army and the Ministry of Defense during future coordination meetings.

General Nuredin also met with the Deputy Chief of Staff of SHAPE Military Partnership Directorate, Rear Admiral Bülent Turan, and they exchanged information and experiences about the acceding and the integration process of the Republic of North Macedonia into NATO as well as information about latest activities and processes. General Nuredin said that the experiences of countries that recently joined the Alliance are taken into consideration, emphasizing that the steps undertaken for the integration of the Republic of North Macedonia into NATO would not end with the country’s entry into the Alliance, but will continue with the same intensity.