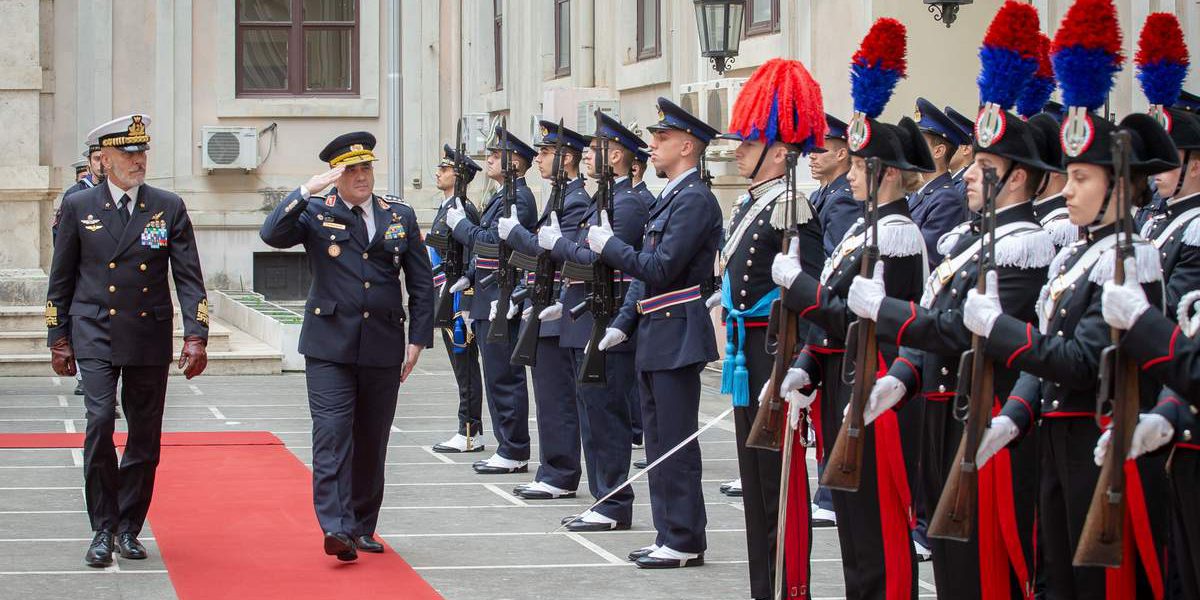 Yesterday, General Gjurchinovski had a meeting with the Chief of the General Staff of the Italian Armed Forces, Admiral Giuseppe Cavo Dragone, at which the current bilateral military cooperation and the forms of its enhancement were considered.

At the same time, the promotion of further cooperation, as joint participation in NATO activities, in initiatives that improve security in the region, performing joint training and using the capacities of ATA “Krivolak” was highlighted.

During the meeting, the Chiefs of the General Staff emphasized the importance of the military cooperation of the two countries for security in the region and beyond, as well as in improving joint interoperability within NATO.

The military cooperation with the Republic of Italy in the field of defense, which started in May 1997, has been continuing through several army activities and support in military education and training, expert talks and mentoring in specific areas, but also joint participation in NATO and United Nations operations.

The importance of improving mutual military cooperation for overcoming the current most diverse security challenges, especially in the region, among other things, was pointed out to the audience of the Center for Advanced Military Studies in Rome during the address of General Gjurchinovski, who graduated from this advanced military educational institution 10 years ago.