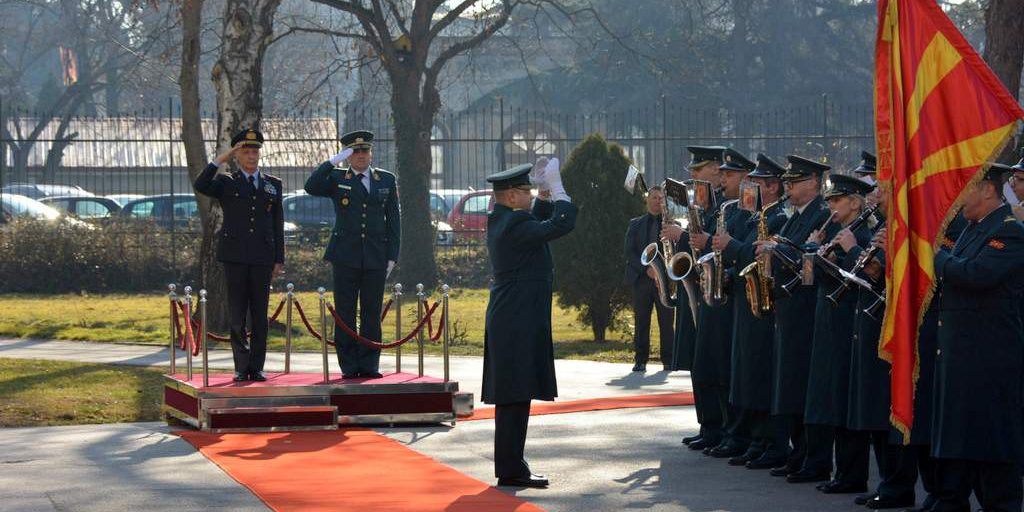 General Vecciarelli, after being welcomed with high military honors, met with his host, General Gjurchinovski and the Minister of Defence, Radmila Shekerinska. The meeting was followed by official talks between the GS delegation of R. Italy and the Army GS personnel.

At the meeting in the General Staff the mission and the current processes in the Army were presented, and there was discussion about the integration and standardization processes after the Republic of North Macedonia joins NATO as well as possibilities for intensifying the military cooperation and deployment to peace missions.

During the official talks General Gjurchinovski expressed his gratitude for the visit and the continuous support, which is of great importance during this period when we are to become a fully-fledged NATO member, and we are implementing the process of transformation to our army with the aim to achieve complete integration into NATO structure.

General Vecciarelli highlighted that the cooperation between our armies is very important and added that as allies the cooperation and the support will continue in all areas. He also expressed his belief that the Republic of North Macedonia will have an important role for the security of the region and wider.

After the meetings at the General Staff and his visit to the NATO Liaison Office, General Vecciarelli, accompanied by General Gjurchinovski, will meet with the President and the Supreme Commander of the Armed Forces of the Republic of North Macedonia, Stevo Pendarovski.

This high-level official visit of the General Staff of the Armed Forces of the Republic of Italy, one of the biggest and the most influential NATO countries in Europe, not only strengthens our military relations, but is also sign of trust and a commendation for the level of the training standards and the interoperability of the Army of the Republic of North Macedonia with the armies of other NATO members. Beside the support in the military education and training by the AF of the Republic of Italy, since last year two staff officers of our army have been deployed to the United Nations mission in Lebanon” UNIFIL” as part of the Italian contingents and thus we have increased our contribution to the mission.