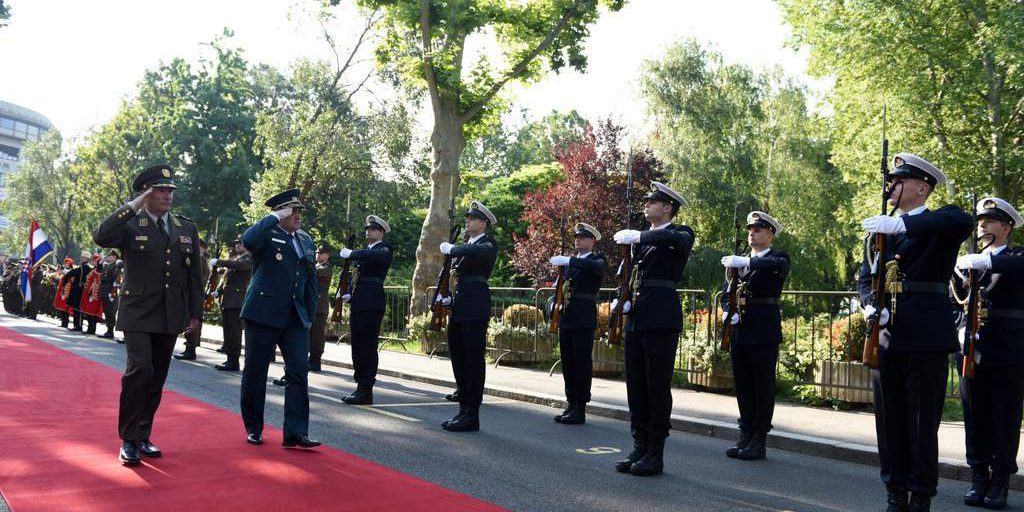 General Gjurchinovski was welcomed with high military honors and afterwards had a meeting with minister Krstichevikj during which they talked about the mutual cooperation and possibilities for expanding it as well as the security challenges.

General Gjurchinovski expressed his gratitude to the Republic of Croatia, which was among the first countries that ratified the Alliance accession protocol for our country and making us the 30-ieth fully-fledged member, and stressed that this visit was an opportunity for enhancing the mutual cooperation by learning from the experiences that Croatia has had with the NATO cooperation programs.

The minister Krstichevikj emphasized that the fully-fledged membership of North Macedonia will have a positive effect on the stability of Southeastern Europe, and he highlighted the contribution that the two countries have been giving for years especially through participation in the peace operation “Resolute Support” and the A5 Initiative.

During the meeting at the General Staff, Generals Gjurchinovski and Shundov discussed the bilateral cooperation in the area of mutual training and exercises, especially those concerning the special and air force units.

During today’s visit of Zagreb, there was a presentation of weapons and equipment of the Croatian AF for the military delegation and later on they will visit the International Military Operations Training Centre in Rakitje and the factory “HS Product” in Karlovac.