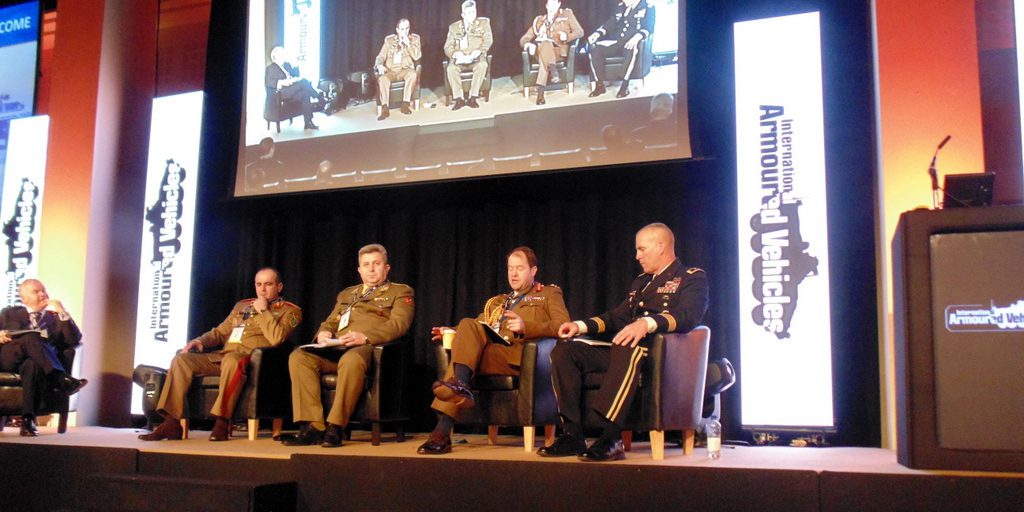 The Army of the Republic of Macedonia is for the first time attending this kind of a specialized world manifestation, the Armored Vehicles Summit, at the invitation of the organizer, equally and under its constitutional name. The summit is held in London, United Kingdom, from 23 to 26 January.

During the first central day of the summit, at the panel discussion on the “Challenges that the Land Forces Commanders are facing, today and tomorrow, within the whole spectrum of the surrounding“ the Chief of GS of ARM Lieutenant General Metodija Velichkovski delivered an address.

In his speech General Velichkovski addressed the realization of the necessity for adaptation to the concept of action of the armed forces suitably to all of the existing kinds of threats, whose purpose is the destruction of the army, political and economic goals by degradation of the political system without directly engaging enemy forces for a conventional attack.

He also emphasized that besides the current trend of reducing the military budgets in order to increase the social expenses, the Armies as a tool of national might should adapt to this new way of reasoning, that is to say, to show the readiness of the military wisdom to accept the changes.

„The ability to adapt to our new security environment will be of key importance because the world is becoming even more interdependent and the number and character of the threats are crossing national borders I represent challenges for the well-being of humanity as a whole. The culture of changes, flexibility and adaptability is more important for the transformation of the army than innovations. “ is part of the speech that initiated great interest and discussions.

Around 500 eminent expert representatives of government, army and manufacturing organizations in this field participate in this summit and at the rest of the panel discussions the Commanders of the Peace Corps and the Training and Doctrine Command of the USA Army, the Land Armed Forces of Italy and other high army heads from many armies will give speeches.

Being the greatest annual meeting in this field worldwide, the summit is a unique possibility, especially for small armies like the Army of the Republic of Macedonia to share the gained knowledge, ideas and experience from the field, and also to establish relations and express viewpoints, possibilities and actions of their countries and armies.

Among other things during the first day, General Velichkovski had a meeting with General Michael Dubie, former commander of the National Guard of Vermont, USA with which the Army of the Republic of Macedonia has partner relations.

In the next two days the visitors will have the opportunity to get familiar with the latest innovative achievements in this important land component of the Army structures.