Marking the Day of the Training and Doctrine Command 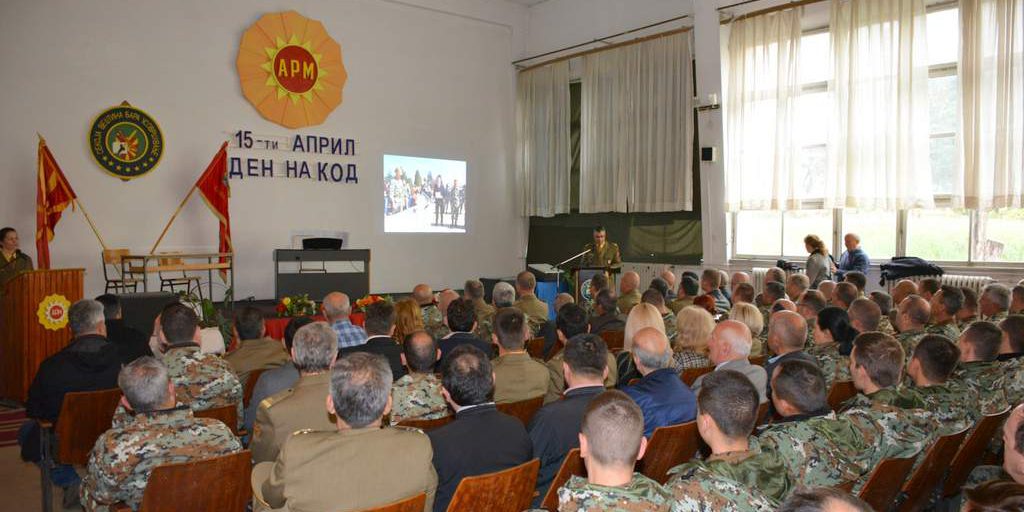 At barracks “Alekso Demnievski Bauman” the members of the Training and Doctrine Command (TRADOC) marked the Day of the unit “15th April” with military festivities.

The TRADOC Commander, Colonel Ljubencho Petrovski in his speech mentioned the beginning of the unit when twenty-seven years ago on this day the first recruits joined the regular Army and thanked all current and former members of the unit for their effort, knowledge and achieved successes with which they have contributed to the establishment and development of this unit. He also said that the command is keeping up with the trends of modernization and standardization in accordance with the Alliance doctrines and thus will be able to meet the challenges of being its fully-fledged member. He also said that TRADOC is the host of the simulation exercise “REGEX 19”, which will be held at the Center for Simulations and there will have participants from 21 countries. The command is closely involved in the execution of the exercise “Decisive Strike”, which is a great opportunity and a challenge for affirmation and establishing of TA” Krivolak” as a military training and exercise area on international level.

Incentive awards were given to members of TRADOC and certificates of appreciations for external associates at the celebration. Other activities that marked the day of the unit were also organized, among which there was a blood donation and humanitarian activity, as well as sport competitions between the members of the command’s units and the associates. The celebration ended with a cultural and art show in which representatives from several schools from Veles took part.

15th April is declared as the Day of the Training and Doctrine Command marking the first generation of recruits in the regular Army in 1992.