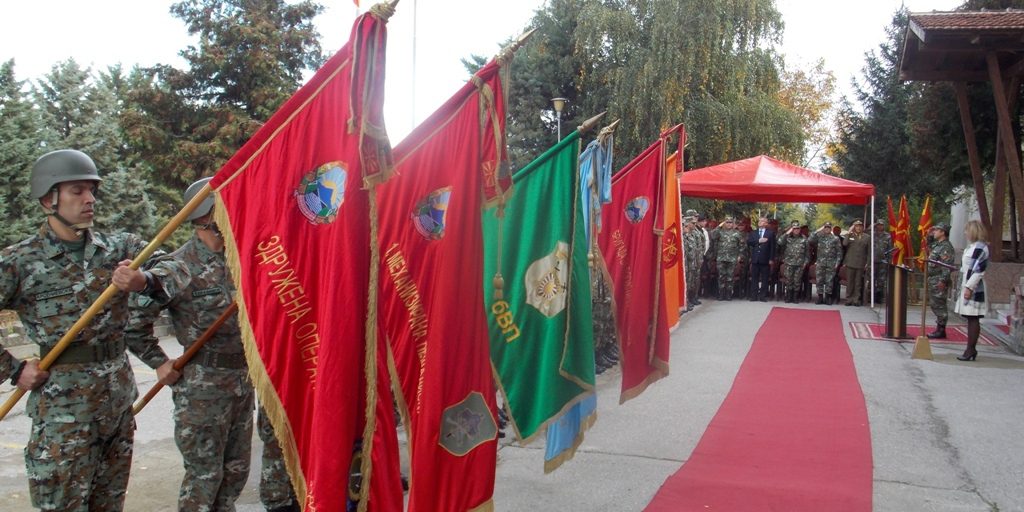 Today, in the barracks “Boro Menkov” in Kumanovo, the members of the Joint Operational Command (JOC) celebrated the day of the unit with a military ceremony.

In his speech, the JOC Commander Major General Vasko Gjurchinovski, after a brief historical overview of the significance of this day, highlighted the contribution of the Army in dealing with contemporary challenges and security threats.

Members of the JOC with maximum commitment and responsibility, together with other members of the Army, are continuously engaged in carrying out assigned tasks in security and prevention of illegally crossing the southern border, but also in dealing with the consequences of natural disasters whenever the need occurs.

On this occasion, several members of the JOC were praised and rewarded for their achievements at work.

By decision of the President of the Republic of Macedonia and Supreme Commander of the Armed Forces, Gjorge Ivanov, October 17th is designated as the day of the JOC, as a memorial in accordance with the traditions of the significant historical events upon which ARM traditions are based.

On October 17, 1878 in the village of Kresna was established the headquarters of the Macedonian Uprising (in Macedonian historiography known also as the Kresna Uprising), the same day when the uprising started.

The Joint Operational Command has existed as a command at operational level since the beginning of the formation of the Army as an Army Corps. In 2000 it was transformed into the 1st Army Corps, in 2002 was renamed into Land Force Command, and in 2005 it was restructured in accordance with NATO standards under its current name.