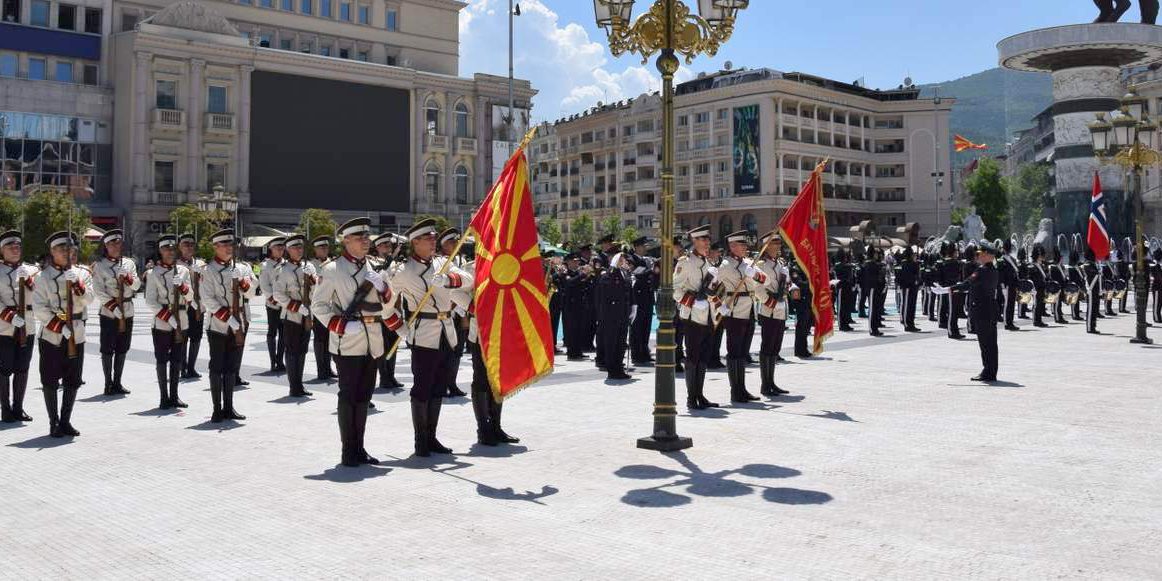 As part of the activities with which the Army of the Republic of North Macedonia marks the three-decade jubilee and the excellent inter-army cooperation with the Armed Forces of the Kingdom of Norway, today at Macedonia Square in the center of Skopje, many citizens had the opportunity to attend an unusual and spectacular event.
The members of the Kingdom of Norway Royal Guard performed in our country for the first time. Together with the Honor Guard Battalion and the military orchestra of the Republic of North Macedonia they delighted the audience with their performance of acrobatic skills with arms, marching and music that reflected mutual friendship and alliance.

As part of the joint cooperation, in the concert hall of the Macedonian Philharmonic in Skopje, the Kingdom of Norway Royal Guard Military Orchestra held a one hour solo concert, attended by Generals Gjurchinovski and Khristoffersen, members of the Army, Ministry of Defense and other guests from the military diplomatic corps.