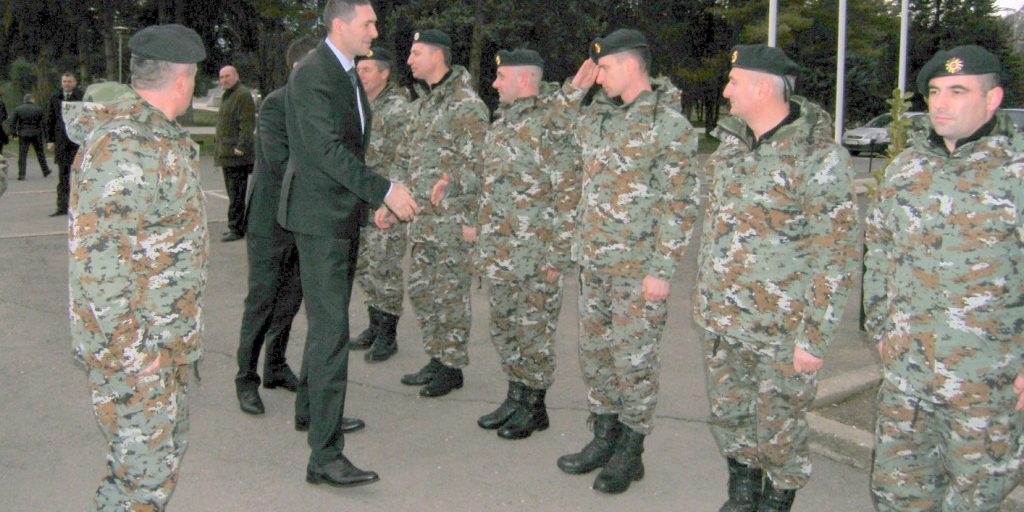 Today, 02.10.2015, the Special Operations Regiment was visited by the delegation of the Republic of Croatia Ministry of Defense led by the Defence Minister Ante Kotromanovic.

The delegation was received by the Commander of the Special Operations Regiment Brigadier General Vasko Gjurcinovski and selected representatives of the higher command.

The visit continued with briefing the delegation on the unit’s mission, structure, equipment and experience acquired from the unit’s participation in missions. This was followed by a tactical- technical demonstration presenting a part of the equipment and weapons used by the unit.

The regiment members demonstrated their skills and knowledge to the guests through a methodical demonstration exercise for destroying diversant terrorist group located in a “safe house”.

At the end of the visit the Minister of Defence of the Republic of Croatia signed the unit’s book of impressions and expressed his appreciation, emphasizing the high level of readiness which was demonstrated by the members of the regiment.