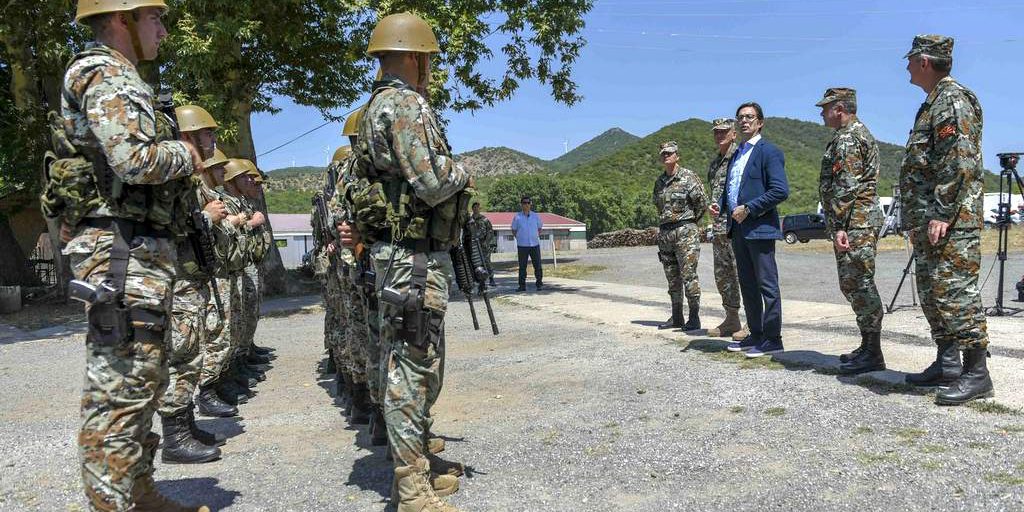 The President of Republic of North Macedonia and also the Supreme Commander of the armed forces, Stevo Pendarovski, accompanied by the Chief of GS, Lieutenant General Vasko Gjurchinovski have visited today the members of the Army engaged at the south border, at the Gevgelija region.

At the briefing held at the operations center in the army base, the President Pendarovski, got acquainted with the current security condition for this part of the border, the attemps for illegal crossing of the border in the past period, as well as with the tactical measures and procedures which are taken by the army units in accordance with the assignments.

Prior to this the President Pendarovski visited the migrant transit centre in Gevgelija, where the officials there acquainted him with the current condition in the transit centre and the engagement of the “Frontex” international mission.

In the statement for the media, The Supreme Commander also mentioned that there are no indicators that the number of illegal migrants and refugees is increasing, also he assured the citizens that the structures engaged at the border are ready. Furthermore, he praised the members of the army and of course the police, who have been preventing illegal crossings for four years with regular rotations in different weather conditions in order to keep the citizens safe.

The actions implemented by the army since the beginning of the migrant crisis in accordance with the assignments from the resolution of reinforced and continuous security of the south and north border with help of the MIA and the border police are a guarantor for the safety of the citizens of our country especially with the prevention of any attempts for illegal entry in the country.