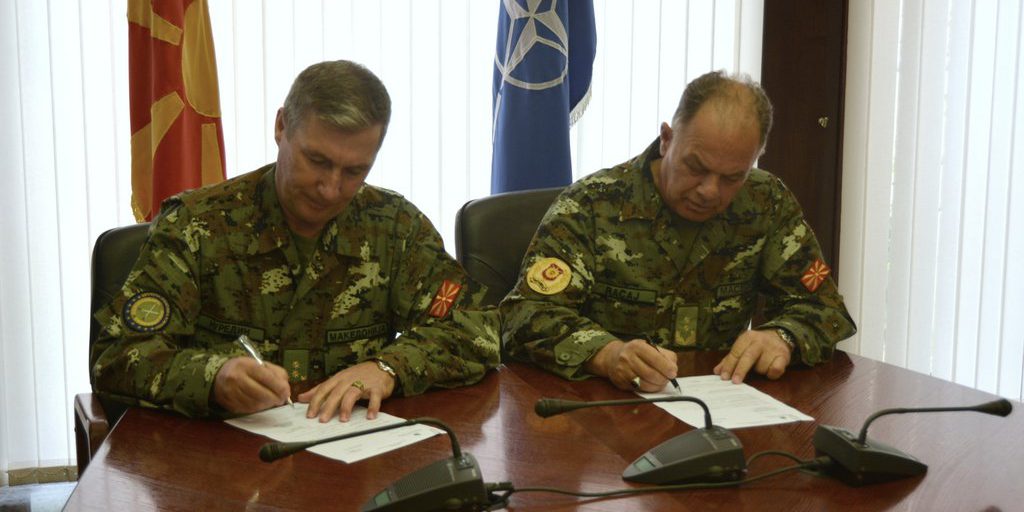 According to the Decree of the President of the Republic of Macedonia, the Deputy Chief of ARM General Staff Major General Azim Nuredin, who has been Chief of Staff in the Joint Operations Command, received the duty from Major General Muhamet Racaj.

At the ceremony, after the Decree announcement, ARM Chief of Staff Lieutenant General Metodija Velichkovski welcomed General Nuredin, wished him successful work and contribution in the fulfillment of the tasks arising from the mission of ARM GS.

General Nuredin told the attendees that it is an honor and a great responsibility to be at one of the highest posts in ARM, emphasizing that the professionalism of the senior officers in carrying out the tasks is a recognizable feature that will bring the Army of the Republic of Macedonia to its goal.

General Racaj stressed that it takes time to summarize his current military career, in which like all other generals, he was completely dedicated to the army, thus expressing gratitude to all ARM members for their cooperation.

In his military career Major General Azim Nuredin has performed numerous command and management functions ranking from company to battalion, chief of staff in the Special Operations Regiment and Joint Operations Command.