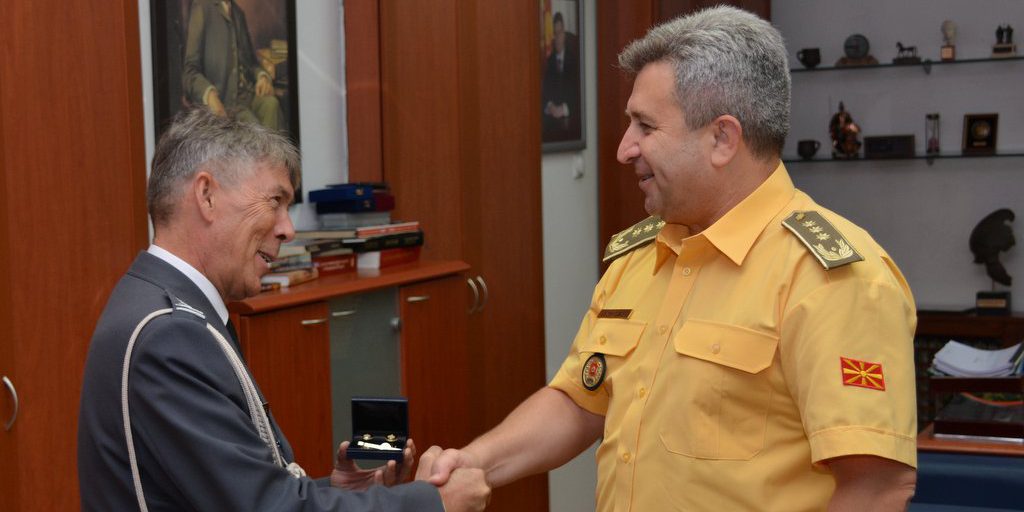 At the meeting general Velichkovski expressed gratitude to Lieutenant Colonel Zugaj, emphasizing his contribution to the continuation of bilateral cooperation between ARM and the Armed Forces of the Republic of Poland, which increased and developed in different areas in the past year.

The meeting in the GS was used to introduce CHOD with the new Defense Attaché of the Republic of Poland in the Republic of Macedonia Colonel Sylvester Szulc, who will carry out this duty in the future.