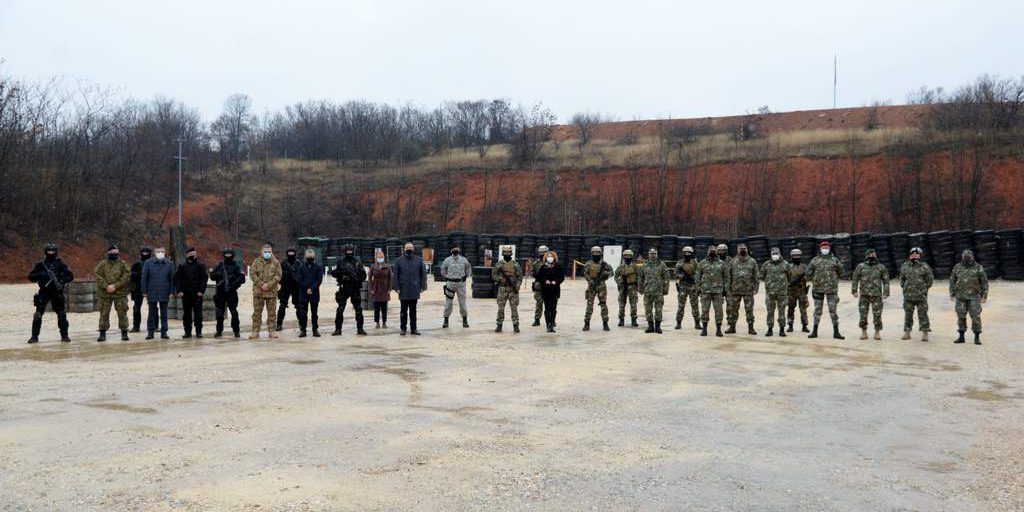 The memorandum of cooperation for this mutual project, which was signed between the ministry of interior and the ministry of defence, resulted in today’s official opening of the joint shooting range for the special forces of the Army and MOI, The Minister of Defence Radmila Shekerinska, the Minister of Interior, Oliver Spasovski, and the Chief of the General Staff, Lieutenant General Vasko Gjurchinovski attended the opening ceremony.

The shooting range for handgun and submachine gun will be used by the members of the Special Tasks Unit and the units of the Special Forces of the Army of the Republic of North Macedonia and it will be part of the training area for fighting in built-up area located in the barracks, which also includes a populated area and a shoot house.

In accordance with the needs and the possibilities defined by the ballistic estimates, the shooting range is to be used for practice shootings, and instinctive and situational alertness shooting exercises, which are the foundation for the shooting training of the personnel of these units in conditions which are as similar to a real combat situation as possible.

This project will contribute to the quality of the shooting training and the frequency of the training of the personnel which will significantly increase their level of readiness and it will save time and resources, which until now were used to conduct the shooting trainings at other ranges.

The shooting range will also be a resource since it can be used for special training during international cooperation with NATO partner nations.

At the shooting range opening ceremony the members of the Special Force Battalion of the Army and the Special Task Unit of the Ministry of Interior carried out three live fire demonstration exercises.