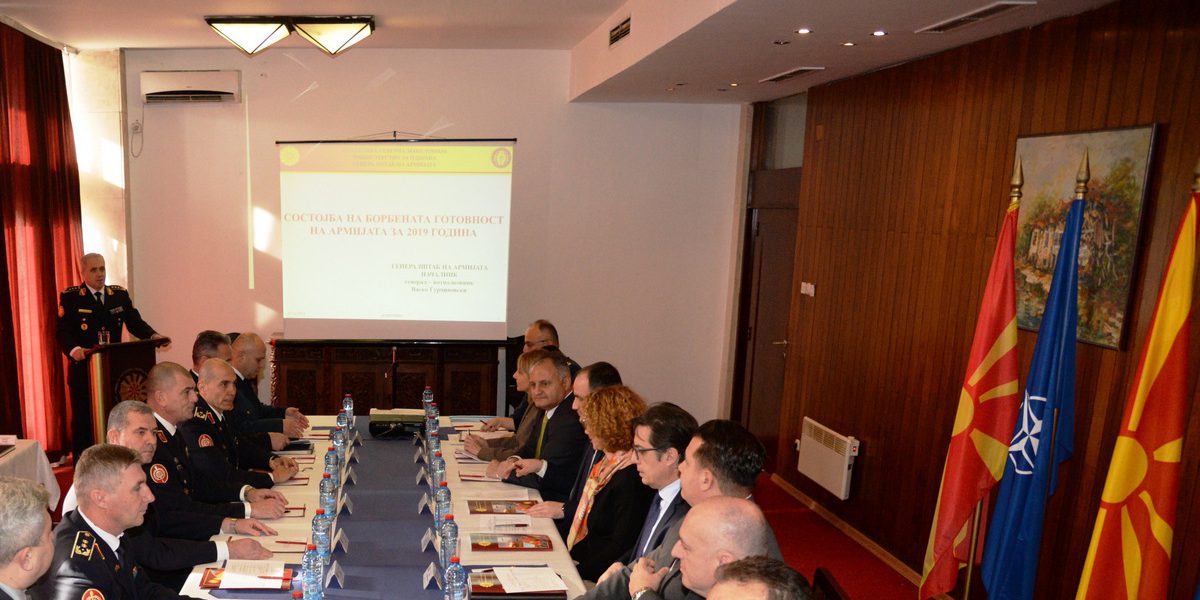 The Chief of General Staff, Lieutenant General Vasko Gjurchinovski briefed the President of the Republic of North Macedonia and Supreme Commander of the Army Stevo Pendarovski on Army combat readiness for 2019.

During the briefing, President Pendarovski was familiarized with the level of implementation of plans and tasks for 2019 in the following functional areas: personnel management and morals, operations, training and exercises, logistics, planning, signals and communications, budgeting and civilian- military cooperation.

The briefing highlighted the significant activities and situation in the current year, above all in the process of transformation and the level of implementation of the procedures and obligations related to the recent full-fledged NATO membership. At the same time it was pointed out that with joint efforts and professionalism of the Army members all the planned tasks were completed.

Upon completion of the briefing, President Pendarovski stated for the media that as Supreme Commander he was satisfied with the presented and that the Army was in excellent condition.

The combat readiness briefing is a planned annual activity of the Chief of General Staff for the President of the Republic of North Macedonia and the Supreme Commander of the Army.