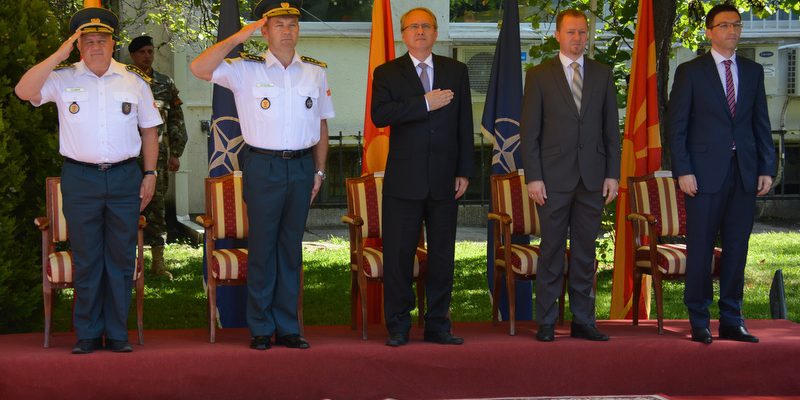 “The Army of the Republic of Macedonia with great honor and pride celebrates 22 birthday of the Army, and August 18 obliges never to forget the heroes who fought at the Macedonian battlefield,” said in his speech the CHOD of ARM. General Koteski on this occasion emphasized that from a military point of view, the army gave its maximum for achieving the NATO standards, supported, worked and became a recognized partner with a number of honours and experience. Despite the injustice for NATO membership, ARM will continue with a strategic goal to become part of this military political alliance, decision which depends not only on the military but also the political elite. Among other things, the CHOD of ARM gave account for the achievements in this year, and he mentioned the main priorities for the next year.

During the ceremony the delegation led by the Minister of Defence of the Republic of Macedonia, the Chief of Staff and representatives of families of killed soldiers in the conflict in 2001 laid flowers at the memorial for the fallen defenders, in front of the MOD / GS of ARM.

At today’s ceremony orders for promotions were read, furthermore plaques, badges, gratitude and other incentives were handed to members of the GS of ARM and MoD of the Republic of Macedonia.