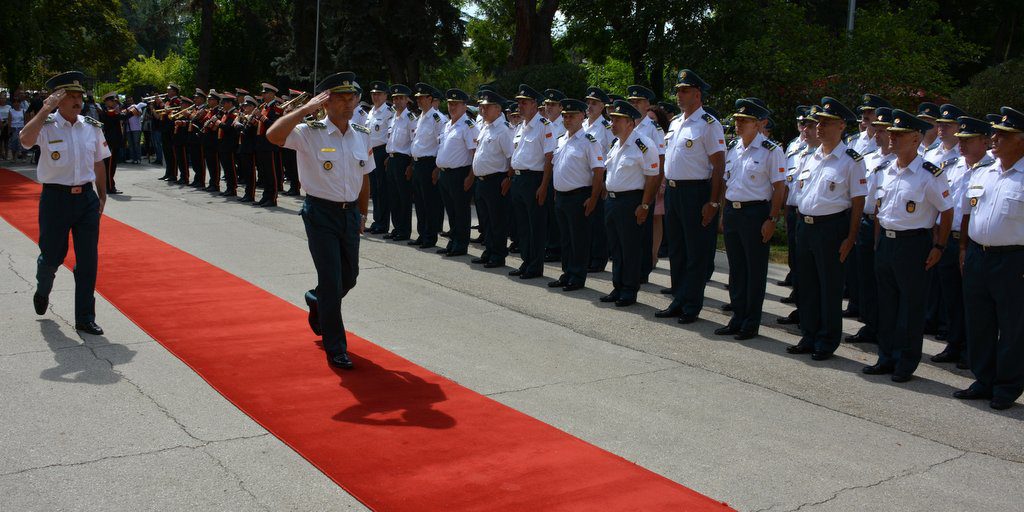 Today, 17th August, on the occasion of ARM Day official gathering of employees was organized in front of MoD and GS building. The ceremony was attended by the Minister of Defence Zoran Jolevski, Chief of Staff Lieutenant General Goranco Koteski, Deputy Chief of Staff Lieutenant General Naser Sejdini, Director of GS Major General Dimce Petrovski and other members of MoD and GS of the Republic of Macedonia.

“The Army of the Republic of Macedonia, with great honor and pride celebrates its 23rd birthday”, stated in his speech CHOD of ARM General Koteski, adding that “ARM must always be ready to defend the new sun of liberty of an independent and sovereign Macedonia.”

In his speech General Koteski further named the most important activities that marked the period between the two celebrations among which were: achieving greater interoperability of the Army, successful execution of tasks in international missions, starting with the implementation of reserve forces concept, and actively providing assistance to the population and the citizens who were affected by natural disasters.

At the end CHOD stated the top priorities that need to be jointly targeted, such as: modernization of ARM, as an imperative for its combat readiness, decentralization of funds from the Army to subordinate commands and units, and taking measures to improve the living standards of ARM members.

The fallen defenders from the conflict in 2001 were honored during the official line up, and a delegation led by the Minister of Defence of the Republic of Macedonia, CHOD, together with the family members laid fresh flowers at the memorial for the fallen defenders, in front of the MoD / GS of ARM.

At today’s ceremony orders for promotions were read, plaques, badges, gratitudes and other incentives were handed to members of the GS of ARM and MoD of the Republic of Macedonia.