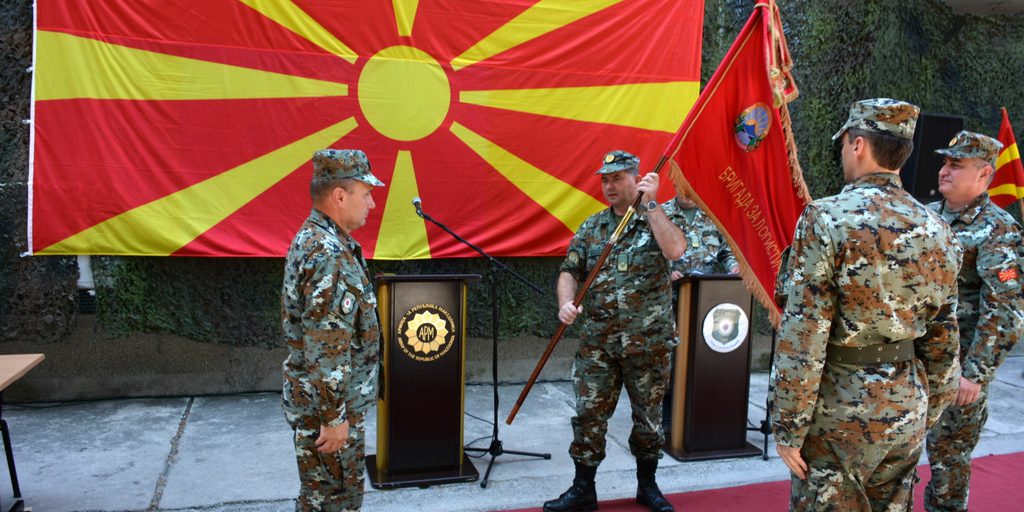 Colonel Vasko Toshevski who was a deputy commander of the Logistics Support Brigade took over duty from Colonel Cvetko Janevski.

In his speech JOC commander Brigadier General Mileski acknowledged Colonel Vasko Toshevski for his effort, skillful managing of the Logistics Support Brigade, successful completion of assignments, as well as his contribution for its development. He congratulated Colonel Cvetko Janevski on the new appointment and expressed confidence that he would rise to the challenges of logistic support of ARM.

The newly appointed commander, Colonel Janevski, emphasized that it was an honor but also a great responsibility to be the commander of the largest logistic unit in the ARM of RM, hence expressing gratitude to the GS of ARM authorities for the given trust.

At the end of the ceremony there was a handover of unit’s military flag from the current to the newly appointed commander.