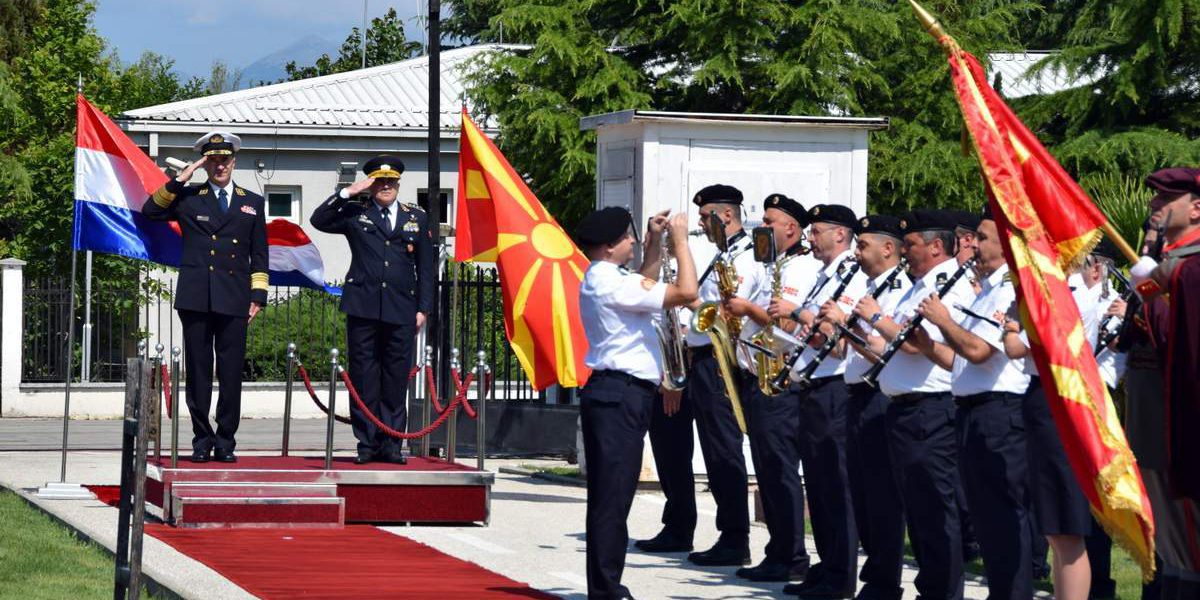 After the official welcome with military honors at the Water Training Center in Ohrid, a meeting was held between General Gjurchinovski and Admiral Hranj, where they discussed bilateral cooperation between the armies, especially in the field of education and joint participation in military exercises, as well as about the security situation in the region.

During the official meeting with the delegation of the Croatian AF, the process of transformation and modernization of the Army, the contribution of the Army with participation in operations abroad and the use of the facilities of ATA “Krivolak” for training activities were also discussed.

As part of today’s visit, the delegation of the AF of the Republic of Croatia attended a demonstration exercise by members of the Special Forces Battalion, which included water activities as well as a display of martial arts.

Tomorrow, the delegation of the AF of the Republic of Croatia will attend the Fifteenth Conference of the Chiefs of Defence of the Balkan countries in the role of an observer.