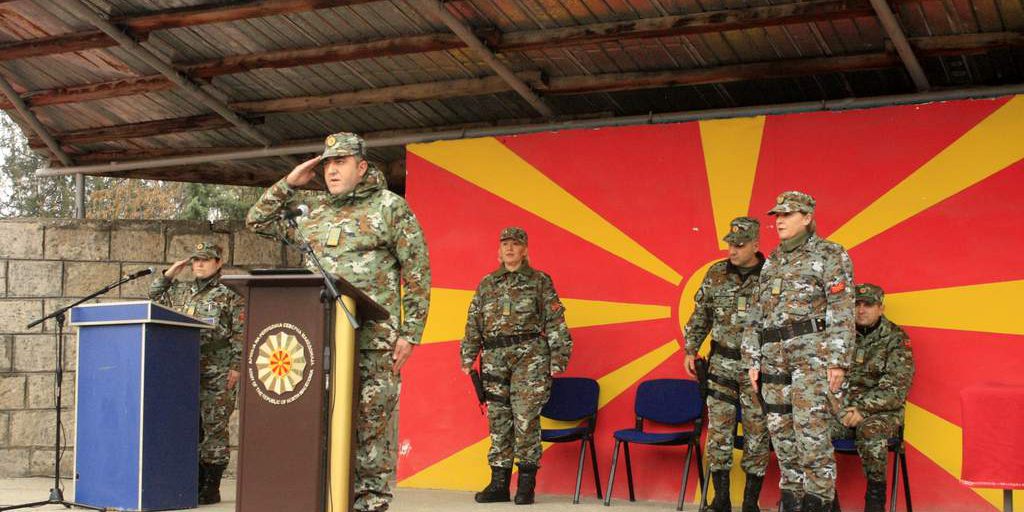 At a military ceremony on the occasion of the handover of duty commander of the 3rd Logistics Battalion held on 19.12.2019 in “Ilinden” barracks in Skopje, a handover was held between Lieutenant Colonel Biljana Nikolovska to Major Sedat Memeti.

Commander of the Logistics Support Brigade Colonel Muharem Muharemi in his address emphasized the importance of the 3rd Logistics Battalion in carrying out the logistic support of most units and commands of the Army in the area of responsibility i.e. the garrisons Skopje and Petrovec, as well as numerous activities that are taking place. Colonel Muharemi at the end of his address to the current commander wished success at the new job and appreciation for the achievements in the unit, and wished the new commander success on the duty and timely and efficient execution of the tasks.

The current commander, Lieutenant Colonel Biljana Nikolovska, noted in her address that she faced many challenges and activities this year such as participation in realized international and national exercises, civil-military cooperation activities, ceremonies and regular daily logistical support to all units. She also emphasized the importance of the personnel, and expressed her gratitude for the support she was entrusted with in carrying out the tasks of the 3rd Logistics Battalion. At the end of her address, she also thanked the Commander of the Logistic Support Brigade, Colonel Muharem Muharemi, as well as the commanders of the Brigade subordinate units for the support at work and the impeccable cooperation.

The new commander of the 3rd Logistic Battalion Major Sedat Memeti stated that “We cannot achieve success and results if we do not work together as a team and at the same time give our maximum and be constantly committed to our tasks.” At the end of the address, he wished everyone in attendance a lot of health and success, professionally and in their private lives.

At the end of the ceremony, a ceremonial handover of the military flag between the old and the new commander of the 3rd Logistics Battalion took place.