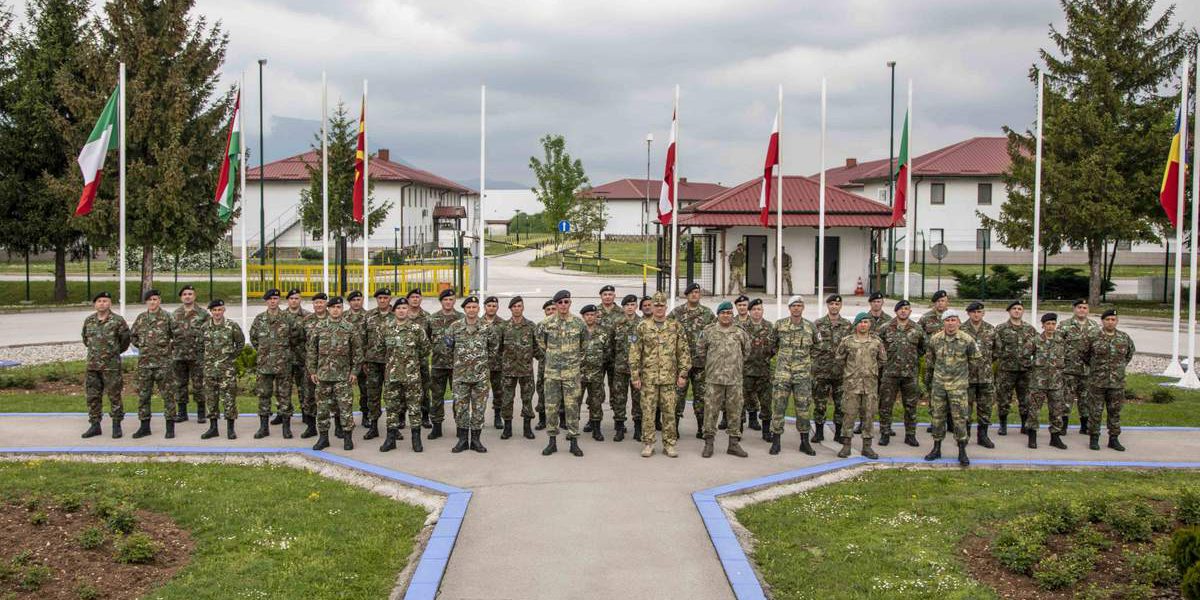 An official ceremony for greeting and reception of our Army members, operating within the Turkish contingent in the peace support operation ALTHEA in Bosnia and Herzegovina, was held in front of the EUFOR Command at the Butmir base in Sarajevo.

The ceremony was attended by the Commander of the EUFOR, Major General Anton Wessley, the Chief of Staff of the EUFOR Command, Brigadier General Zoltan Somogyi, the Deputy Chief of Staff and the oldest national representative of the Turkish contingent, Colonel Barish Konak, EUFOR Command Sergeant Major Rudolf Pfalzer, as well as Butmir Base Commander and Turkish Company Commander.

The EUFOR Commander, Major General Anton Wessley and the oldest national representative of the Macedonian contingent Aleksandar Mitanovski gave a speech to welcome the peacekeepers at the Butmir base, in the peace support operation “ALTHEA” in BiH.