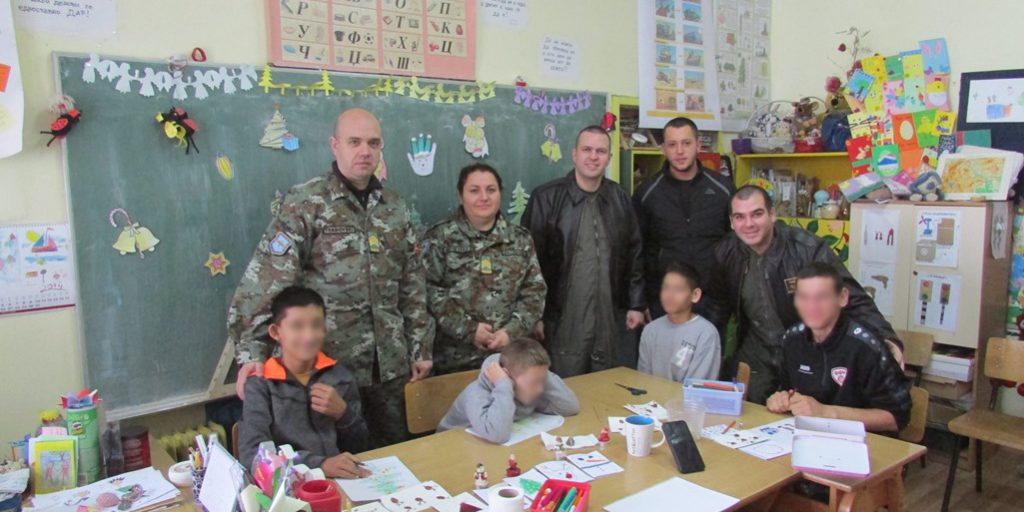 On the 25th and 26th of December, 2019, on the occasion of the New Year and Christmas holidays, air force WING (WING) has traditionally organized an action to beautify the holidays of children from socially disadvantaged families and children with disabilities.

The packages were distributed by the WING Commander, Colonel Stojko Pejovski and other unit members, to children from: State School for Rehabilitation of Visually Impaired Children and Youth “Dimitar Vlahov” – Skopje, Special Primary School “Dr. Zlatan Sremac ”- regional branch Gjorche Petrov, a civil parental organization representing the rights and interests of persons with intellectual disability “Poraka Nasha” Kumanovo. Packages were also distributed to children from the village of Sushica as the most remote village in the municipality of Petrovec, to children from the socially vulnerable category who are under the leadership of the SOS-Children’s Village Skopje and to children from socially vulnerable families in the municipalities of Studenichani and Zelenikovo.

During the visits of the above mentioned Institutions, the WING Commander and members of the unit had the opportunity to get acquainted with the methods of education and socialization applied in the educational process.

These visits are part of WING’s cooperation with the civilian structures.