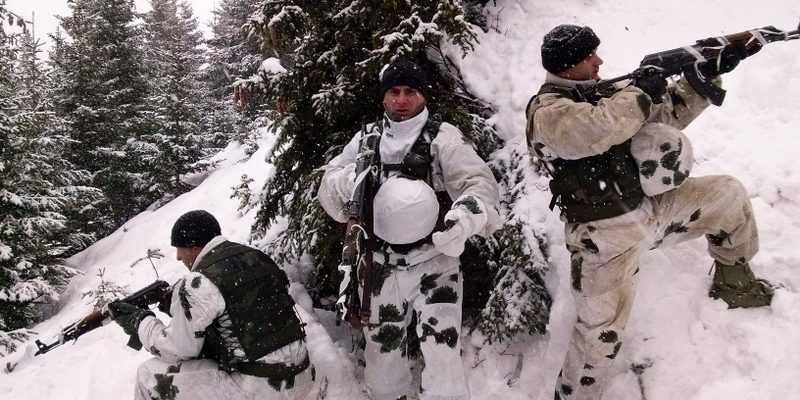 In the period from 10 to 14 February 2014 in the “Winter Training Center Popova Shapka” in the area of Popova Shapka, was realized training in winter conditions with armor reconnaissance platoon from the third mechanized infantry battalion (3.mib) from 1.Mechanized Infantry Brigade (1st MIB) stationed in garrison Tetovo.

During the winter training, members of armor reconnaissance platoon of 3.mpb are trained in making objects for stay in the mountains in winter, providing first aid in different situations, taking the positions of firing from personal weapons with skis and movement through deep snow. As part of the training, soldiers performed movement through deep snow on the direction of the cable railway to Ceripasino and back.

After completion of the training the unit confirmed the high level of professionalism and enthusiasm, and the willingness armor reconnaissance platoon to perform tasks in winter conditions in the area of responsibility of 3.mib.