Marking 14th Anniversary from Death of ARM Members in 2001 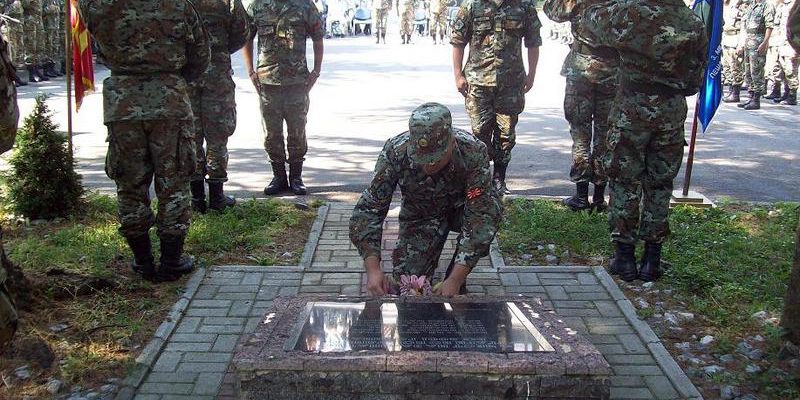 Today, June 5, 2015 in barracks N.H “Kuzman Josifovski-Pitu” in Tetovo fourteen years since the tragic death in 2001 of Staff Sergeant 1st Class Isac Rufati and soldiers Nikolce Kitanov, Blasko Tolev, Zlatko Milenkovski, Blagoja Siljanovski and Pece Matichevski was marked with a military ceremony. They were all members of ARM garrison in Tetovo.

At the ceremony the Deputy Commander of the 3rd Mehanized Infantry Battalion (3MIB) gave a speech in front of the lined up units and guests. In continuation fresh flowers were laid at the memorial by the delegations from the Macedonian Army, the association of veterans from Tetovo and civilian associations.

With today’s ceremony, as well as other memorials dedicated to ARM members killed in the past period, ARM once again paid tribute to the dead for their bravery, selflessness and sacrifice to defend the territorial integrity and sovereignty of our country, Macedonia. They dedicated their lives to that.