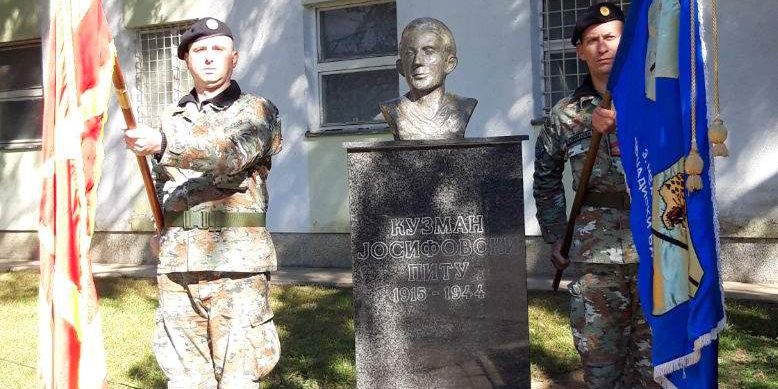 In the barracks “National Hero Kuzman Josifovski-Pitu ”in Tetovo, the members of the 3rd Infantry Battalion (3rd IBn) within the 1st Infantry Brigade (1st IBde), marked February 25th – the Patron Saint’s Day of the barracks with a military ceremony.

On this occasion, the Commander of the 3rd IBn, Lieutenant Colonel Igor Stankovski gave a speech, referring to the life and work of Kuzman Josifovski-Pitu, emphasizing that by marking the Patron Saint’s Day every year we enable his name and work to remain in the memories of future generations.

Earlier, on the same occasion, a blood donation action was carried out in the barracks by the employees of the Tetovo garrison.