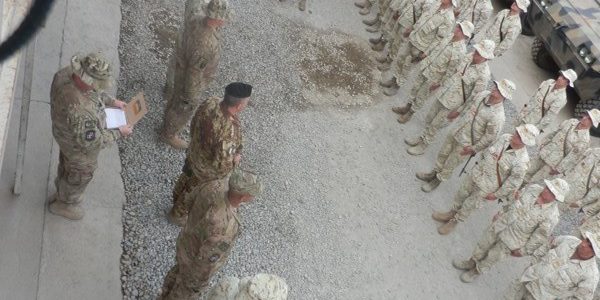 On the 09.07.2014 at the official ceremony at the ISAF Headquarters, the Base Support HQ Commander Colonel Paul Johnson gave the USA “Afghanistan Campaign Medal” to the Senior National representative, the contingent Commander and the Sergeant Major of the Macedonian contingent.

Also, all contingent personnel received certificates of appreciation for their outstanding accomplishments during the peacekeeping mission in Afghanistan from January to July 2014.

In addition to the Base Support HQ key personnel, representatives of the Croatian and Albanian contingents were also present at the official ceremony.