Memorial in honor of the killed soldiers from the tank battalion 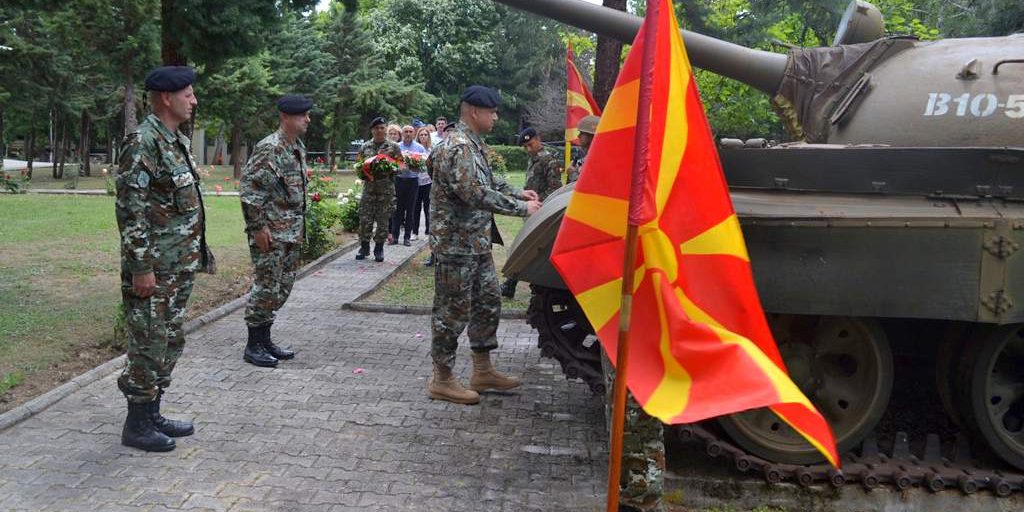 Today, in the barracks “Chojlija” in the garrison Petrovec, the members of the tank battalion (TB) from the 1st Infantry Brigade (1st InBde), by applying all the measures and recommendations in dealing with the pandemic, marked the 20th anniversary from the deaths of its members in 2001.

The death of Captain Sinisa Stoilov and soldier Fejzo Djeladinovski was marked by laying fresh flowers in front of the memorial plaque in the barracks “Chojlija” by a delegation of the 1st Infantry Brigade led by the Commander of the brigade, Colonel Sashko Lafchiski, members of the tank battalion and the families of the killed.

The Deputy Commander of the Tank Battalion, Major Ljupcho Jordanovski, in his speech, among other things, stressed that marking this day is an obligation of the members of the Tank Battalion and the Army, in order to honour those who gave their lives for the defense of the country, its sovereignty and territorial integrity. He also said that they are proud to have so courageous, dedicated and reliable comrades in their ranks, whom they will always remember.