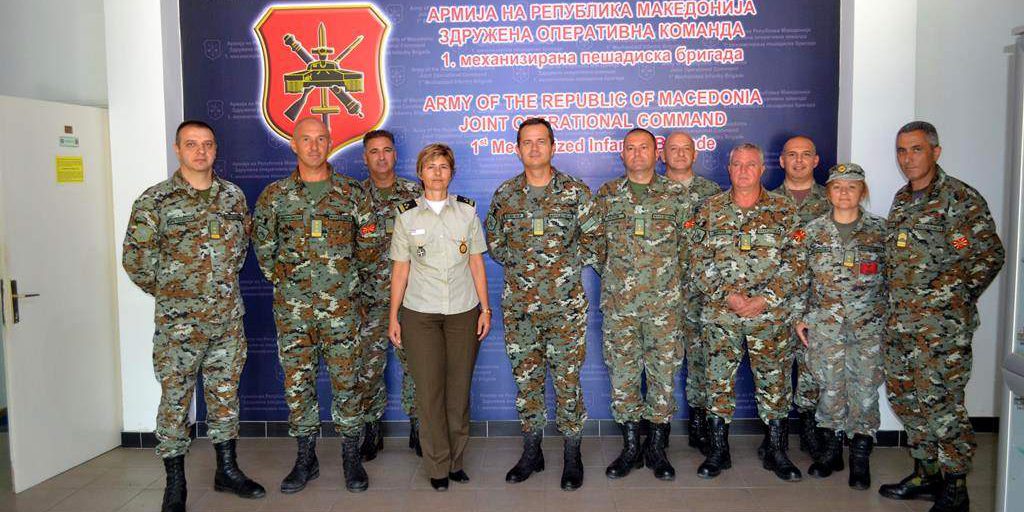 Today the First mechanized infantry brigade (1mibr) was visited by the defense attaché of Croatia in Republic of North Macedonia, Colonel Marijana Plesha Chadonikj and she was welcomed by the commander of the 1mibr Colonel Dragan Kovachki with some of the command staff of 1 mibr.

Within the visit of the command of the 1mibr. there was a briefing on the unit by which the guest got acquainted with the history and the mission of the unit, the organization and formation structure, the equipment, the location of the subordinate units, the training terrains, as well as with the activities fo the next period and the future transformation of the brigade in accordance with the NATO standards for easier integration with the rest of the country members of the NATO alliance.

After the briefing, the mutually planned cooperation with the declared units in the peace support operations led by NATO and military exercises were discussed, also giving support to the civilian structures in case of natural disasters, as well as logistic support during military exercises by the two armies and the help that Croatia might provide for a full membership in the NATO alliance.

A visit to the Engineer Battalion by the Vermont National Guard’s 572nd Brigade
07.11.2022