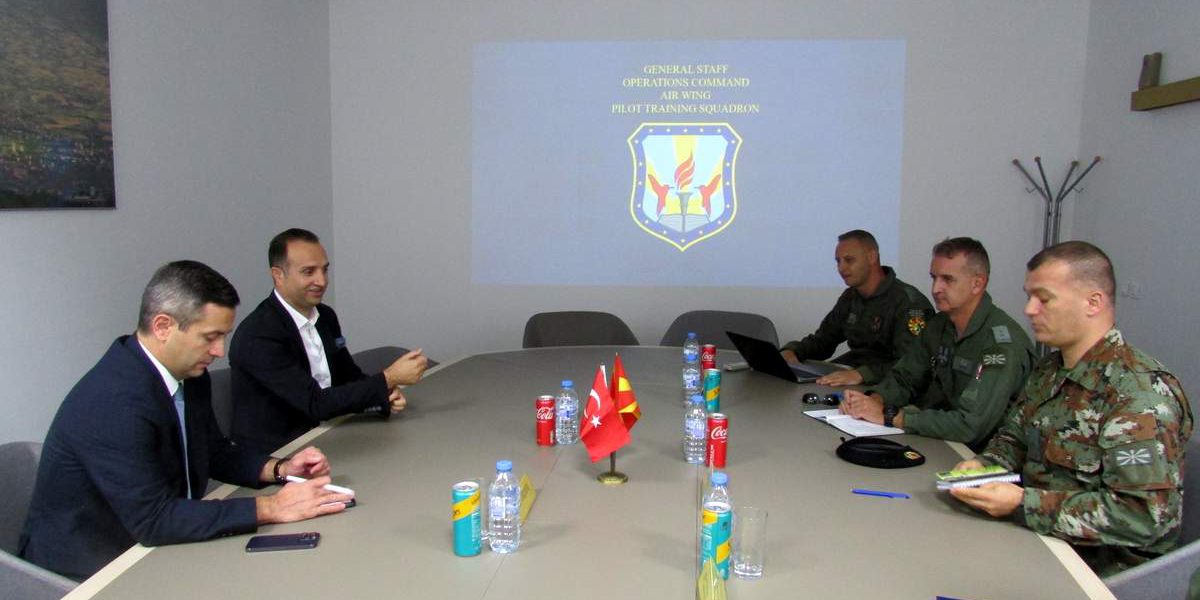 The Commander of the Operations Command, Brigadier General Besnik Emini and the Deputy Commander of the afWING, Lieutenant Colonel Igor Chkorov had a meeting with representatives of the target industry from the Republic of Turkiye, at the Training Squadron of the Air Force WING (аfWING).

During the meeting with the representatives of the companies from the target industry: CMC Holding and ATC Group, the opportunities for establishing a possible cooperation were discussed, whereby the industry representatives presented their capacities which can improve the functioning of the afWING.

Previously the delegation had been familiarized with the mission, the tasks, the equipment, and the role of the afWING in the defense structure, as well as with the capacities of the training battalion.