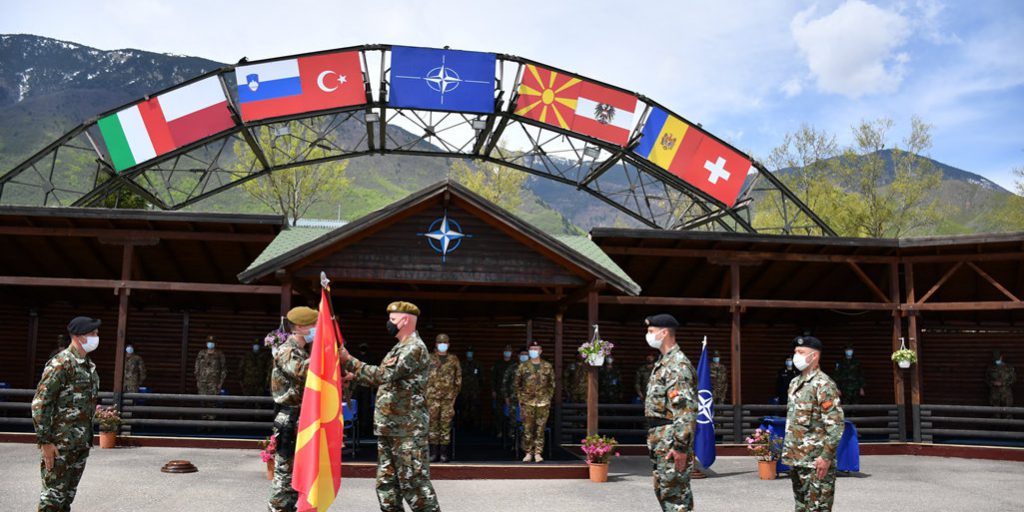 On the mission “KFOR” in Peja, Kosovo, a military ceremony took place in the military base where a handover-takeover of duty was done between the first and the second rotation of security platoons of the Army of the Republic of Macedonia that were sent on a peace operation on “KFOR” accompanied by the Italian contingent.

During the ceremony, members of the first rotation of the security platoon were given medals (NATO BALKAN MEDAL) by the Commander of the Regional Command – West for their participation in the mission.

On the ceremony, an activity for the handover-takeover of the Macedonian Flag between the platoon commanders was also realized, which symbolically portrayed the transfer of duty.

After the commemorative speech, the oldest national representative in the mission bestowed a medal for successful cooperation on the Commander of the Regional Command West – Colonel Francesco Maioriello, the Commander of the Maneuver Battalion – Lieutenant colonel Antonio Bernardo and the Company Commander, Captain Giorgio Grendene.