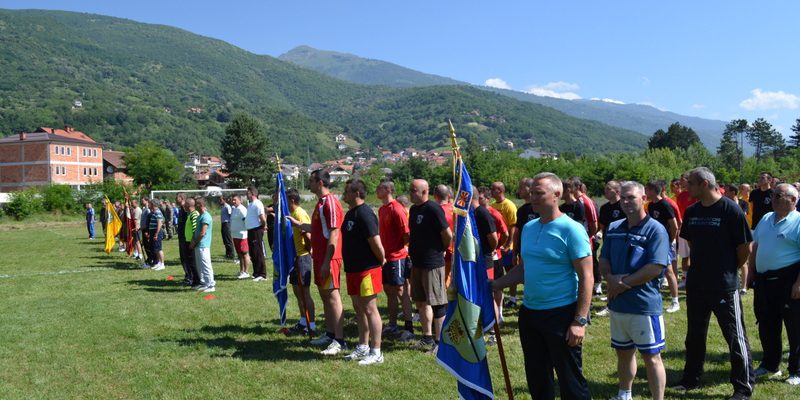 Within the organization of sports competitions to select sports teams and sports individuals on the occasion of the ARM day on 04.07.2014 in the barracks “Kuzman Josifovski-Pitu” in Tetovo competitions in futsal, volleyball, basketball, chess and table tennis were organized.

The sports games were opened by the Commander of the First Mechanized Infantry Brigade (1st MIB) Brigadier General Pavle Arsoski, who noted that sport promotes health, fitness and comfortable feeling throughout activities available for everyone and a prerequisite for achieving superior competitive performance.

Although these competitions in their foreground had the friendship and doing sports and the results in their background, the competitive spirit was not lacking.

The most successful teams, who won the first place in the sports games, were awarded certificates by the organizer of the competition at the closing ceremony.

The winning teams and the top individuals from the brigade will participate and will represent the 1st MIB on the matches at the Joint OperationsCommand level for further selection of the best teams for the finals at the ARM level, which are traditionally held every year on the occasion of 18th August – the ARM day.