Commemorating army members who lost their lives at ‘Karpalak’ 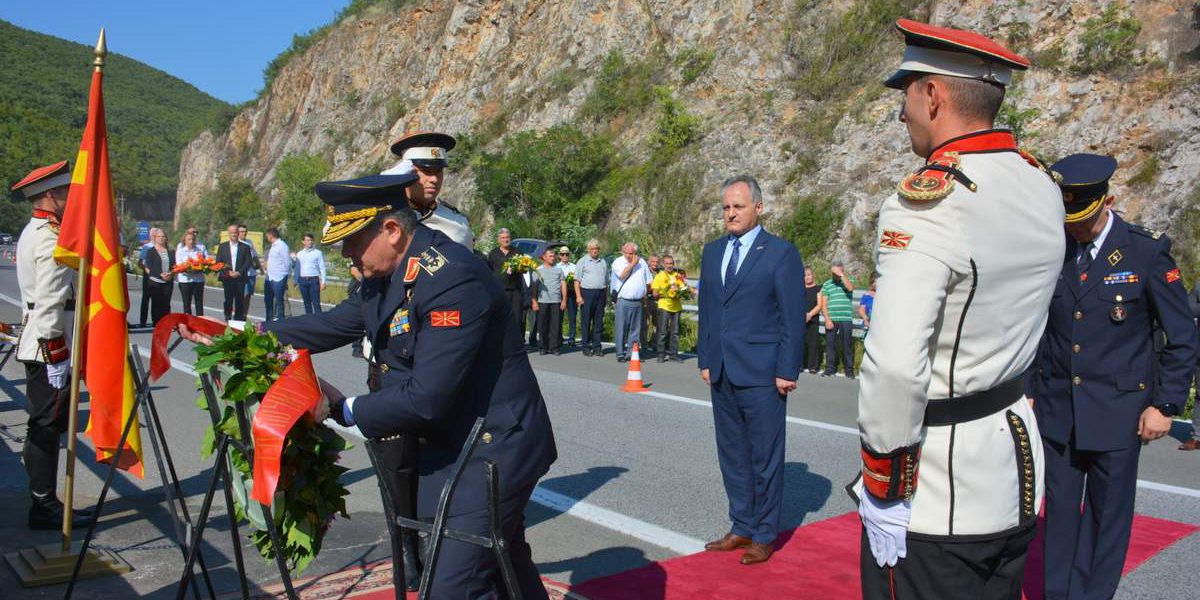 On the occasion of marking the 21st anniversary of the tragic act in ‘Karpalak’ area, where 10 Army members were killed, a delegation of the Army of the Republic of N. Macedonia and the Ministry of Defence, led by the Chief of the General Staff, Lieutenant General Vasko Gjurchinovski and the State Secretary at the Ministry of Defence, Dragan Nikolikj, laid wreaths of fresh flowers at ‘Karpalak’.

Army delegations also commemorated the event in front of the memorial complex called Karpalak in the center of Prilep, as well as at the memorial in the military barracks ‘Mirche Acev’ in Prilep.

The Army Chief of General Staff met the Defense Attaché of the Kingdom of Norway
07.09.2022