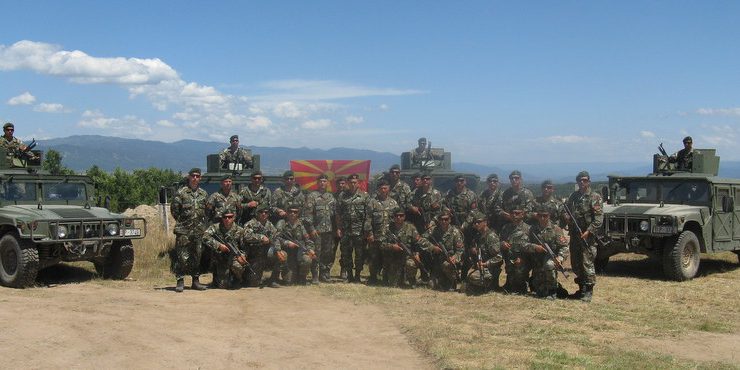 On 07.10.2014, the commander of the Special Operations Regiment Brigadier Vasko Gjurchinovski attended the Distinguished Visitors Day on the multinational exercise ” Platinum wolf 2014″ held at the military training area “South”, Bujanovac in Serbia.

On these exercise Army of the Republic of Macedonia participated with 32 members from the Ranger battalion within the Special Operations Regiment, besides members of the armed forces of Serbia, Bulgaria, Romania, Azerbaijan, Croatia and the United States.

Exercise was realized in two stages, first one was introduction to the possibilities of non lethal weapons and their use, while in the second phase on the training area “Borovac” small exercises were conducted like: patrol in vehicles and on foot, check point and convoy escort, temporary check point, response to improvised explosive devices etc.