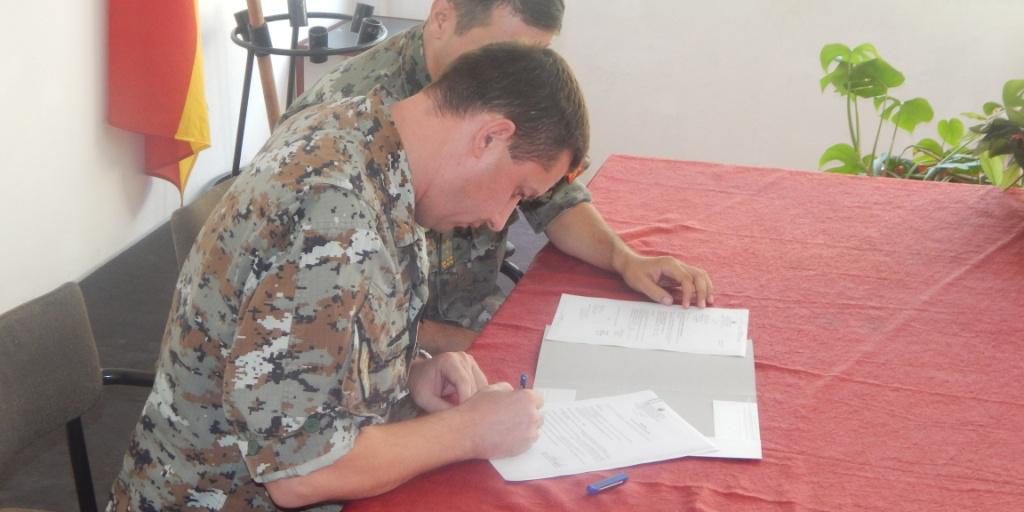 Today, July 20, 2017 (Thursday), in the barracks “Alekso Demnievski Bauman” in Veles, a ceremony was held on the occasion of handing over the duties of the Commander of the Center for Individual Training (CIO) in the Training and Doctrines Command (TRADOC). Lieutenant Colonel Gazmend Abdiu handed over the duty of CIO Commander to Lieutenant Colonel Jakupi Arben. Lieutenant Colonel Jakupi Arben has so far been serving as an Officer-in-charge for PfP ground exercises and operations in the Military Cooperation Section of the Joint Allied Forces Command in Naples, Italy.

The ceremony was attended by TRADOC Commander, Colonel Ljubencho Petrovski and representatives of TRADOC. The Commander of TRADOC gave a formal speech congratulating the work of the current Commander, Lieutenant Colonel Gazmend Abdiu, as well as the results achieved with the staff, in the realization of the essential tasks in the mission of the CIO, and wished the new Commander to continue with the successful execution of the tasks in the same manner as his predecessors.

In his address, the new CIO Commander, Lieutenant Colonel Jakupi Arben, said that he would continue with the successful execution of the tasks, and will strive to achieve the best results.