Formal Handover of the Duty Commander of Training and Doctrine Command 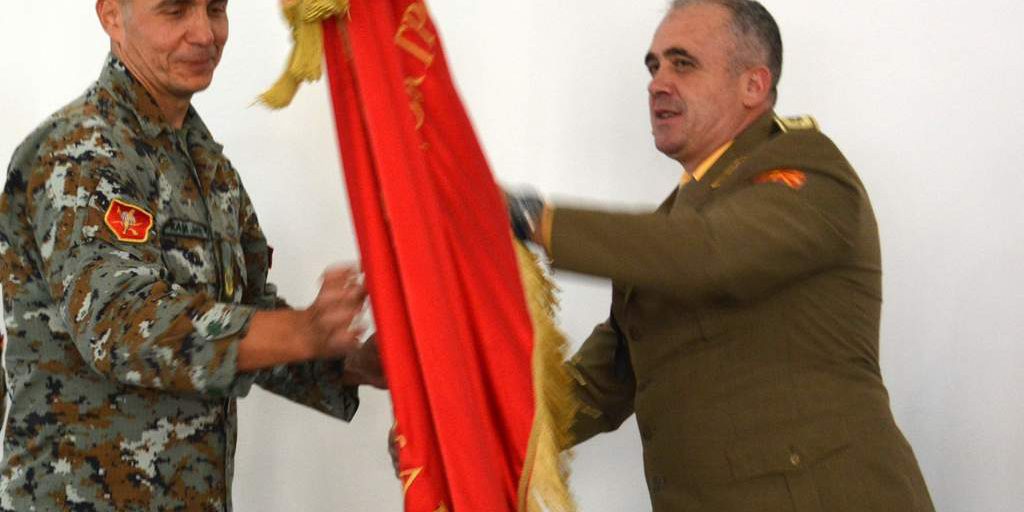 Today, in barracks “Alekso Demnievski-Bauman” in Veles, a ceremony was held on the occasion of handover of duty Commander of the Training and Doctrine Command (TRADOC).

The duty of the current TRADOC Commander, Colonel Ljubenco Petrovski, was received by Brigadier General Metodi Hadzi Janev, who until now was Commander of the Special Operations Regiment.

Chief of General Staff, Lieutenant General Vasko Gjurchinovski, in his address thanked the former TRADOC Commander for the work done so far and the experience he shared with the unit servicemen, and congratulated the new Commander on his new job and wished him successful work as well as he suggested implementation of new experiences in the new unit.

The former TRADOC Commander, Colonel Ljubenco Petrovski, said in his address that it is an honor and a pleasure to be Commander of Training and Doctrine Command but it also is a great challenge and responsibility. He also pointed out that his work so far has been governed solely by laws and regulations, but with respect to more experienced colleagues and the ideas and creativity of the ones from younger generations. Finally, he thanked TRADOC servicemen for their unselfish work in this unit.

The newly appointed TRADOC Commander, Brigadier General Metodi Hadzi Janev, stated that it is an honor and pleasure to be a Commander of a unit that brings forth personnel who should be a pillar of Army training and contributes to the buildup of combat readiness of all Army units. He also pointed out that all personnel should strive to improve the overall psychophysical readiness, which is a key element for a successful presentation of our Army.

In the end, the ceremony was followed by the ceremonial act of handing over Training and Doctrine Command military flag.