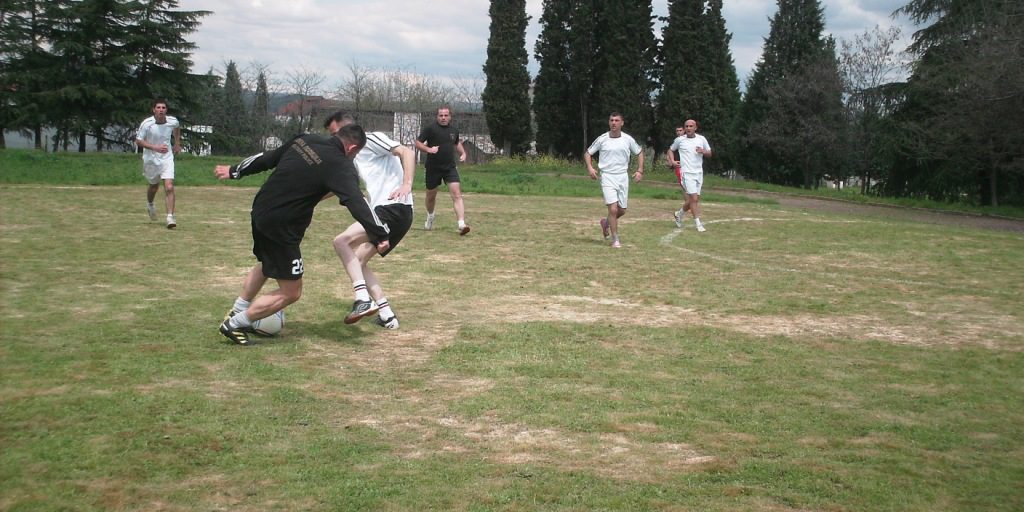 The day of the International Military Sports Council (CISM) was celebrated for the ninth time today, the 18th of February in military barracks “Alekso Demnievski-Bauman“ in Veles.

The motto under which the sport games were held was “Sport for Everybody” which is also celebrated in all armies all over the world. The sport games were in three disciplines, five-on-five football, table tennis and chess, which were held at the sports facilities within the military garrison. The participants were representatives of the Command of TCD, Center for Individual Training (CIT), Logistics company, and Combat Staff Course (CSC), which is being held at the moment at the Center for Individual Training. Although the most important thing at the games was developing friendship and doing sports, there was not any lack of competitive spirit.

The first in five-on-five football was the Center for Individual Training team; the first in table tennis was the Combat Staff Course attendees’ team; the first in chess was the Command of TCD.
On this day the military personnel had an opportunity to compete as well as to leave everyday work and dedicate their time to sports and friendship in order to support physical exercise and healthy lifestyle among themselves.