Logistic support at public gathering on the occasion of celebration of St. Pantelejmon

You are here:
ARMY AND CITIZENSOPERATIONS COMMAND 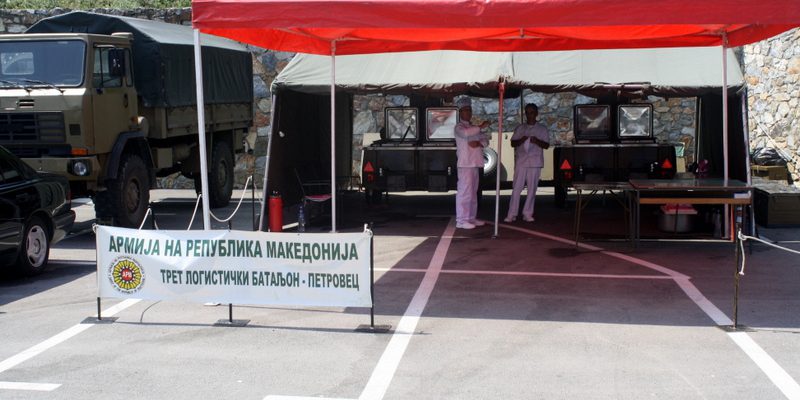 On 09.08.2014 at the church “St. Pantelejmon” in upper Nerezi, members of the ARM within civil military cooperation, provided logistic support to a civilian manifestation, which was held on the occasion of “Saint Pantelejmon”.

Members of the Third Logistic Battalion, from the Brigade for Logistic Support contributed significantly to the realization of a large, traditional, folk manifestation, by preparing and serving food for 800 people. The food was prepared in mobile kitchen trailers, by experienced army cooks.

Besides serving food, there was a water supply provided for the numerous people attending this traditional public gathering.