Preparatory activities before the Exercise “Swift Response 22” have started 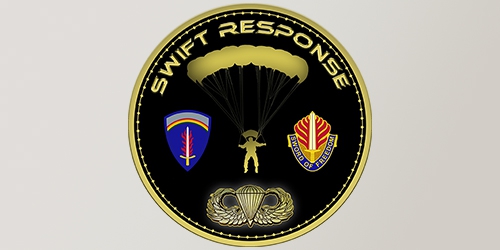 The Army of the Republic of North Macedonia, working transparently, announces activities of public interest, that is, the preparatory activities concerning transportation of personnel and materiel for the exercise “Swift Response 22” are starting tomorrow, 22nd of April 2022.

Namely, starting from tomorrow, the transportation of freight and other military materiel by air and land will be done in stages until the end of the exercise on the 31st of May 2022.

The transportation plan for this military exercise has been approved by Declaration 32 of the Government of the Republic of North Macedonia, as well as coordinated with the competent authorities in accordance with established procedures.

This is the largest multinational exercise, involving paratroopers from allied countries, in which the Republic of North Macedonia is participating since it became an independent state, when air operations of this kind will be conducted.

This exercise plays a very important role for our Army in terms of exchanging knowledge and experience, and building readiness and interoperability among allied and partner armed forces. Moreover, it is a good opportunity to demonstrate the capabilities of military training area Krivolak for this kind of military exercise.

Our country will host a part of the exercise in our air space including airborne assaults, ground troop movement, where more than 4000 paratroopers will participate from eight NATO member countries (the United States of America, the United Kingdom, France, Italy, Greece, Montenegro, Albania and North Macedonia).

We will inform you on time about all activities concerning the exercise, and the details will be presented in the Media pack which is planned to be issued at the beginning of May.