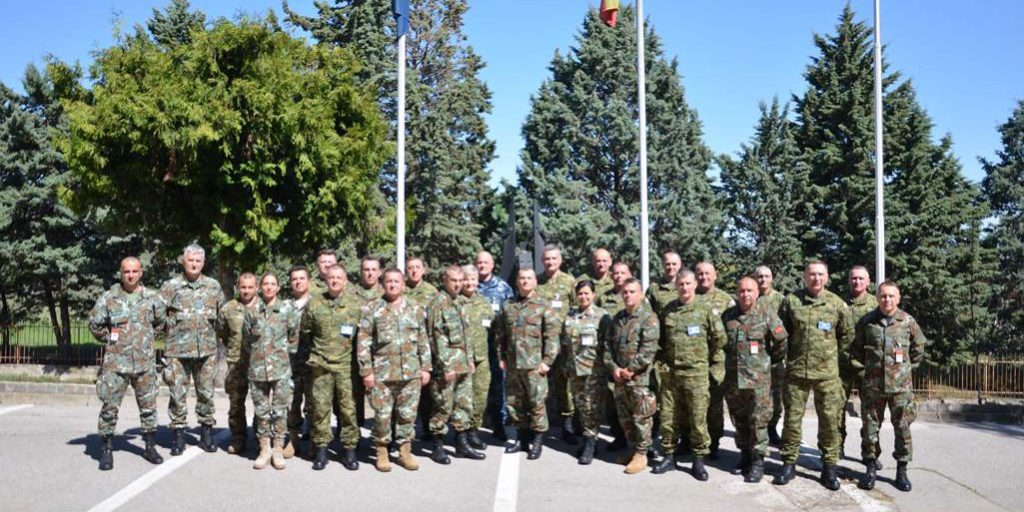 In the period from April 26th to 30th, a study visit of the 20th class students from the NCO School of the Armed Forces of Croatia to the Army of the Republic of North Macedonia was organized by office of the Sergeant Major of the Army.

During the visit, the students paid visits to the Operations Command (OC), where they were received by the Commander of the OC, Brigadier General Besnik Emini, the 1st Infantry Brigade Command, AF WING and the Pilot Training Center. During the visit to the Training and Doctrines Command, the students visited the Senior Non-Commissioned Officers Course, where they were addressed by the Commander of the Center for Individual Training, and also had the opportunity to get acquainted with the facilities of army training area “Krivolak” and the training center “Pepelishte”.

The students paid tribute to the Army members who lost their lives in the helicopter crash at the memorial in front of the WING Command.

Besides visiting the commands and units of the Army, the students also got acquainted with our cultural and historical heritage and natural beauties, through the organization of a cultural tour and sightseeing of Skopje, Bitola and Ohrid.

At the official dinner for all participants, hosted by the Sergeant Major of the Army, SGM Brane Petreski, appropriate gifts were exchanged between the members of the two armies, and the guests expressed gratitude for the hospitality and the successfully completed study visit.