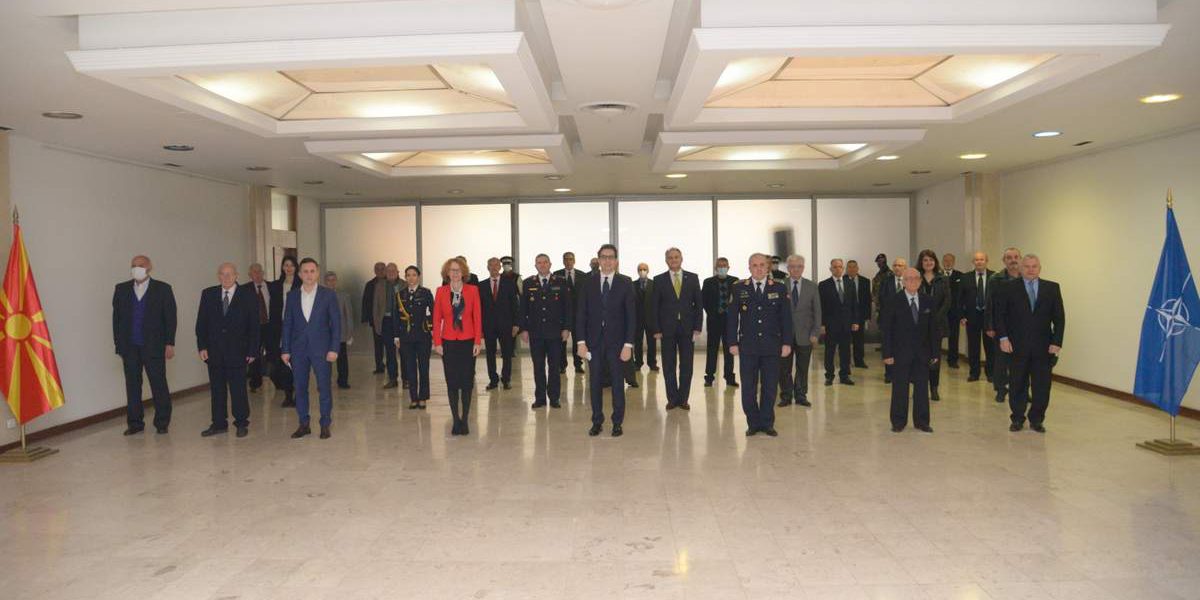 At the traditional meeting with the highest military leaders, this year as every other, the retired Army generals had the opportunity to give their contribution to the Army by presenting their views, proposals and suggestions, as well as sharing their experiences.

The President of the Republic of North Macedonia, Stevo Pendarovski in the presence of the Minister of Defense, Radmila Shekerinska and the Army Chief of General Staff, Lieutenant General Vasko Gjurchinovski, expressed appreciation to the twenty-four retired generals present, five of whom former Chiefs of Staff, for their contribution to the Army achievements.

Furthermore, President Pendarovski emphasized that NATO membership, as one of our main strategic goals, valorized the overall efforts of all those who worked in the field of defense, since the independence of the country till present, Army members having a particularly large share.

During the discussions with the Chief of Staff Gjurchinovski and Minister Shekerinska, the retired generals had the opportunity to get acquainted with the current processes in the Army, as well as with the activities planned for the next period.