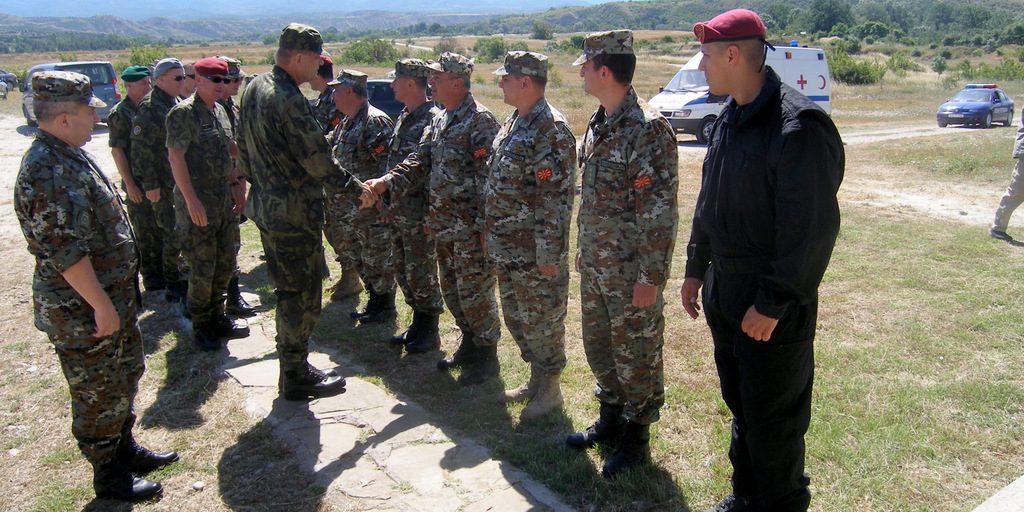 A delegation of the Czech Republic Armed Forces (AF) led by General Joseph Bechvar together with the Chief of General Staff Lieutenant General Metodija Velickovski today visited the southern border of the Republic of Macedonia and training area Krivolak.

During the visit of training area (TA) ‘Krivolak’ members of special forces regiment performed a tactical demonstration exercise in one of the facilities aimed for training in urban areas and the possibilities of TA for conducting a specific military training were presented.

The army delegation of Czech Armed Forces with a particular interest attended the presentation of the capacities of TA Krivolak. They appreciated the offered opportunity for conducting joint training at this specific army polygon with conditions for training in almost the same terrains which could be encountered when participating in peacekeeping missions.

In the area of ​​watch-tower “Bogorodica” members of the Army of Republic of Macedonia informed the delegation about the overall situation on the southern border. Tactical measures and procedures carried out by ARM were presented which are conducted according to the assigned tasks for a constant state border security and a prevention of illegal crossings.

The two-day official visit by the army delegation of Czech Armed Forces is particularly important for the Army of the Republic of Macedonia not only for the further intensive inter-army cooperation, but also for the stressed support ARM received for becoming a member of NATO military alliance.