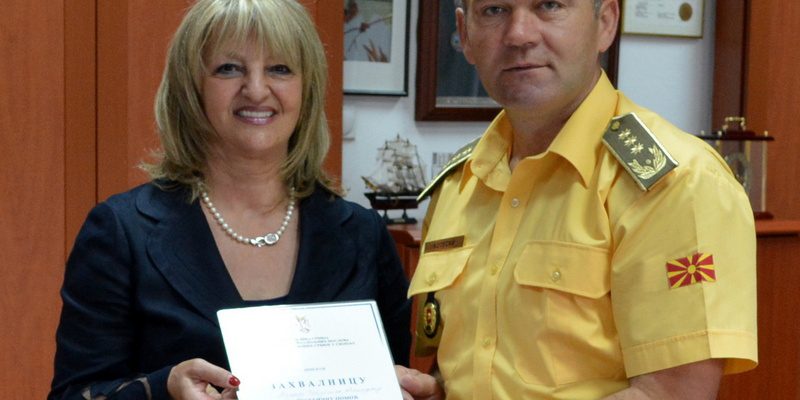 This certificate is a confirmation of the previously expressed gratitude by the Chief of the General Staff of the Army of Republic of Serbia Ljubisha Dikovic, to the Chief of the GS of the ARM Lieutenant General Gorancho Koteski, for the professionalism of the ARM members who were engaged in one of the most affected points during the floods, the city of Obrenovac.