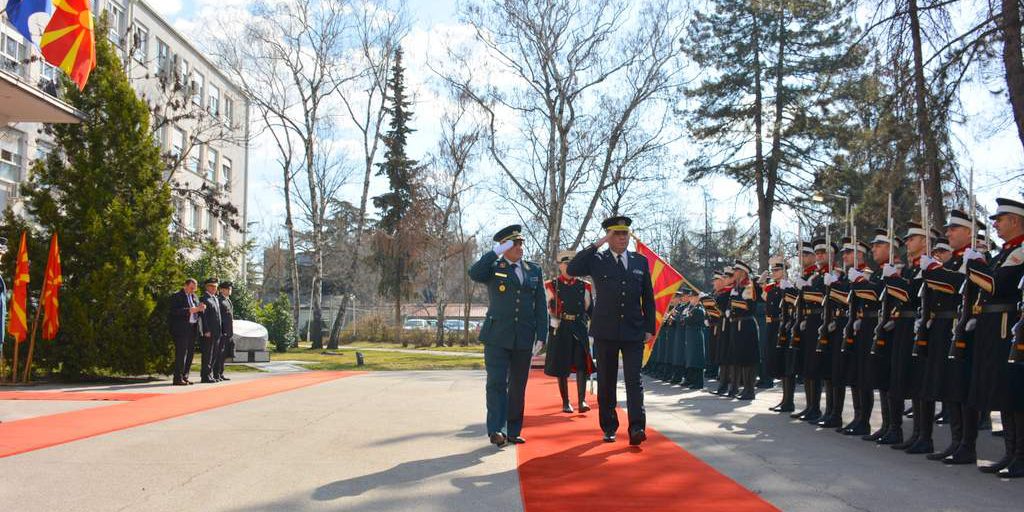 High level military delegation of Kosovo Security Forces (KSF), led by the KSF Commander, Lieutenant General Rahman Rama, visited the Republic of North Macedonia. At their scheduled one-day visit the delegation visited the Ministry of Defence and the General Staff of the Army as well.

Firstly, General Rama was welcomed with full military honour, following a meeting with the Minister of Defence Radmila Shekerinska and the Chief of General Staff of the Army Lieutenant General Vasko Gjurchinovski.

There has been cooperation with KSF so far, in the area of military education and training, including participation of KFS in the exercises within the summer camp at TA Krivolak, and courses at the Public Affairs Regional Center and Military Medical Center.

General Rama will also meet with the President of the Republic of North Macedonia and the Supreme Commander of the Army, Stevo Pendarovski. In addition, the delegation will visit the Military Academy “General Mihajlo Apostolski” in order to meet with the cadets from KSF who are attending the Academy.

Open event of the Honour Guard units and the military orchestra of the Army of the Republic of North Macedonia and a solo concert of the Kingdom of Norway Royal Guards
31.05.2022