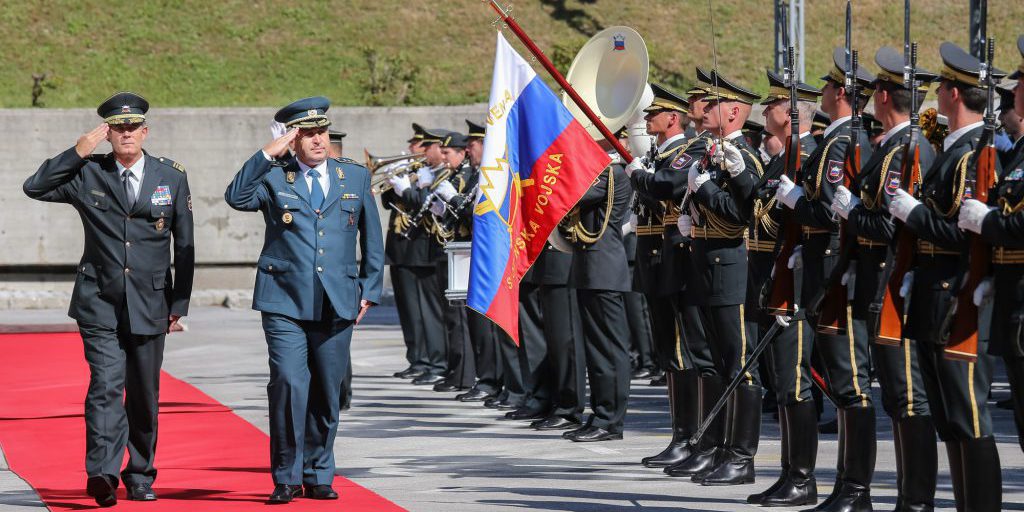 At the meeting between the Chiefs of GSs of both Armies, many issues were covered, among which were: the migrant crisis and the security threats to the South-East European countries, continuation of the bilateral army cooperation through carrying out joint trainings and usage of ARM capacities (ATA Krivolak).

General Velichkovski expressed his gratitude for the open and unreserved support from Republic of Slovenia regarding our aspirations for NATO membership, for the joint trainings realized by the members of both armies, as well as for providing education for the ARM officers at the Military educational institutions in Republic of Slovenia.

Both speakers pointed out the possibilities for deepening the further cooperation between the Armies of Republic of Macedonia and Republic of Slovenia, especially now when there are terrorist threats and the migrant crisis, which are ongoing threats for destabilization of the wider region.

Major General Andrej Osterman expressed words of praise for the role of the ARM in dealing with the migrant crisis, and he also gave support for promoting the candidacy for integrating Macedonia into the NATO alliance.

In the course of the day, General Velichkovski will also have a meeting and talks with the members of the Defense Committee at the National Parliament of Republic of Slovenia.

During his stay in Republic of Slovenia General Velichkovski will be received by the Minister of Defense of Slovenia Ms. Andreja Katic, and the delegation will also visit the Air Force unit at Gornja Radgona, where they will attend the International Fair of Defense, Security, Protection and Rescue: “Sobra 2016”.