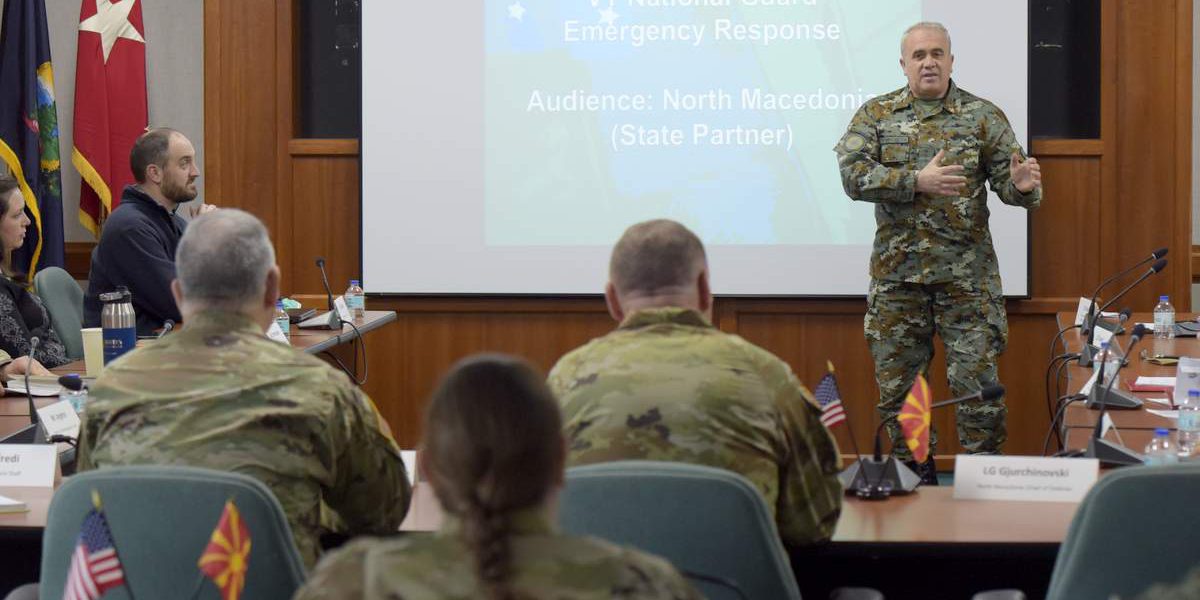 The delegation led by the Chief of General Staff, Lieutenant General Vasko Gjurchinovski, who is on a working visit to the United States, after his visit to the Pentagon, has also been in Burlington, Vermont and Detroit.

During the stay in Burlington at the Federal Emergency Management Agency, several working meetings were held, which were attended by our delegation and the directors of the Crisis Management Center and the Directorate for Protection and Rescue and other representatives of the institutions in charge of crisis management.

At the end of a this working visit to the United States, General Gjurchinovski will be honored at a special ceremony with a reception at the Fort Leavenworth Hall of Fame on Monday.

This recognition is given to military personnel who have achieved exceptional results in military leadership and have made a significant contribution to the history, heritage and traditions of the Army, and were educated at this high military institution.

The recognition, which will be awarded on 07.03.2022 at a ceremony starting at 10:00 local time, will be the first such recognition given to a representative of our country.