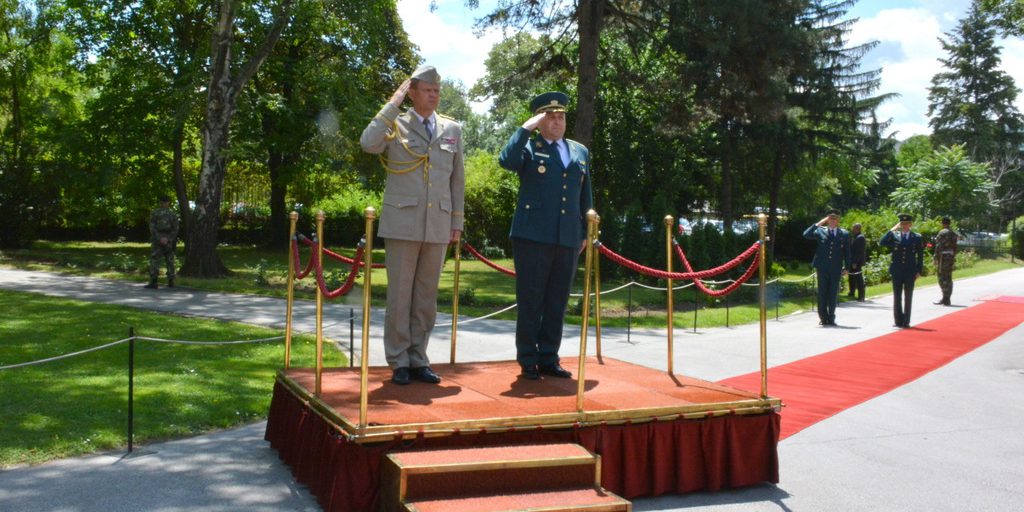 Chief of General Staff of the Czech Republic Armed Forces (AF) General Joseph Bechvar is on a two-day official visit to Macedonia and the Macedonian Army.

During his visit of the General Staff, General Bechvar met Chief of General Staff Lieutenant General Metodija Velichkovski and had official talks which were attended by the key personnel of the General Staff of ARM.
At the meeting, as part of the official talks, the mission of ARM was presented as well as ARM’s participation in peacekeeping missions led by the UN, NATO and the EU, the activities accomplished within the mutual military cooperation and the possibility of using the resources the armies of both countries have.

Among other issues, the offer about ARM being part of the Czech project for smart logistics defense provision called “Multinational Logistics Coordination Centre” was discussed. A joint participation at the upcoming military exercise “Skilled logistics 2019” was also taken into consideration.

Tomorrow the delegation will visit the Military training area ‘Krivolak’ and the watch-tower Bogorodica on the Macedonian-Greek border, where a joint briefing, with the members of the Czech Republic police force engaged in migrant crisis management, will be delivered.