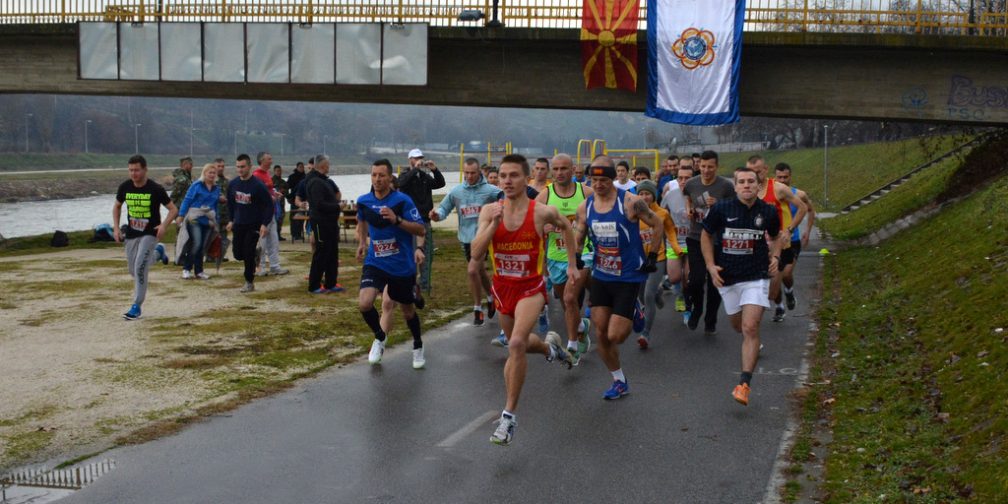 At the City park stadium in Skopje, with a ceremonial line-up of the sport teams from Skopje garrison and the Ministry of Defense, was marked the ‘18th February – the Day of International Military Sports Council (IMSC)’.

This sports event, which is held for the eleventh time in the ARM, was opened by the Deputy Chief of the General Staff of the ARM, Major General Muhamet Racaj.

At the opening ceremony of this sports day, in front of all the participants, General Racaj underlined that sport represents a significant part of the ARM training, and that it is also the best means for developing friendship, fellowship and a way of bringing together people from different parts of the world. He brought to mind the top sportspeople members of the ARM, who have local and international experience, and also pointed out to the participants to mark this day with true sportsmanship and let the best win.

At today’s celebration, Second Lieutenant Zan Tosev and Staff Sergeant 1st Class Marija Pelicon were declared “Sportspeople of the year 2016”. They won this title for the achieved sport results. On this occasion General Racaj handed both of these ARM members a diploma and a trophy with the IMSC emblem.

This sports event is simultaneously held today in all ARM garrisons, where ARM members compete under the motto “SPORT FOR ALL” in the following disciplines: 8km/men and 4km/women cross-country, futsal, basketball, table tennis and chess. On the track from the military stadium to hotel ‘Alexander Palace’ the ARM members were accompanied by the athletic club members from the Athletic Federation of Republic of Macedonia, while other disciplines were held at the military stadium area.

The International Military Sports Council is an organization established on 18th February 1948, and since 2005 ARM is a full member, gaining the right to participate in all international sport events organized by the same.

The Day of International Military Sport Council is an excellent opportunity for the participants to check and improve their physical readiness for further sport challenges.