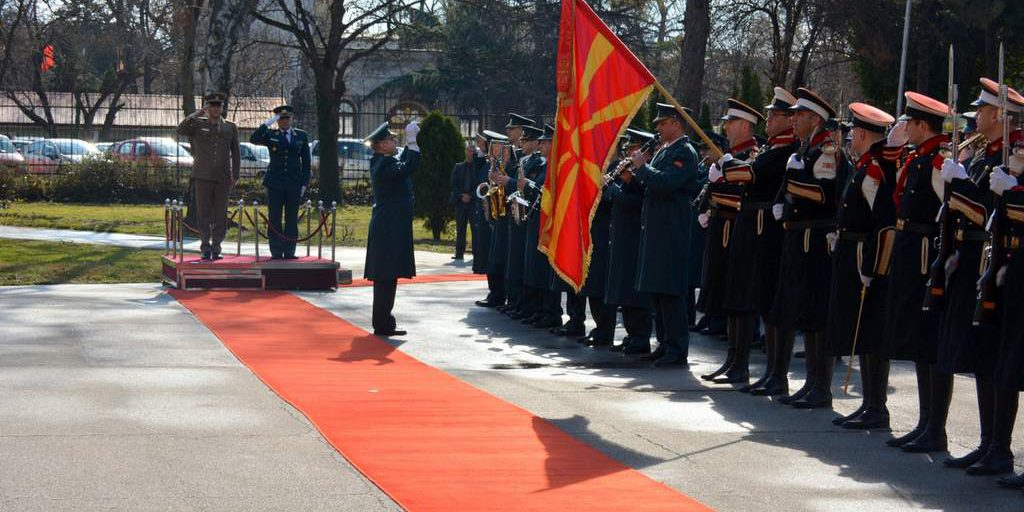 Distinguished military delegation of the Armed Forces of Bosnia and Herzegovina, led by the Chief of the Joint Staff, Lieutenant General Senad Mashovikj, in an official visit to Republic of North Macedonia, visited the General Staff of the Army, today.

Lietenant General Gjurchinovski during the official meeting, in his speech said that the visit was an excellent opportunity for further progress in the traditional good bilateral cooperation in the defense, and also expressed willingness to share the achieved experiences with the Bosnian Armed Forces in the integration process of our full membership in the NATO Alliance as very significant not just for us but for the whole region.

Lieutenant Mashovikj, congratulating, as he said our “historic achievement” with the fill membership in NATO, expressed expectation for further support in the Alliance integration, which is also strategic determination of Bosnia and Herzegovina.

At the meeting were presented: the process of transformation of the Army of North Macedonia, the contribution of our Army in the operations and the missions of NATO, EU and Un abroad, engagement of the Army as a support to the Ministry of Internal Affairs in the management with the migrant crisis and the opportunities for usage of our training capacities among which the Training Area “Krivolak” and the Pilot Training Centre.

During the visit Lieutenant Mashovikj will also have a meeting with the President of Republic of North Macedonia and a Supreme Commander of the Army, Stevo Pendarovski, and the delegation will visit some of the Army units in Ilinden barracks in Skopje.

Tomorrow, the delegation will be familiarized with the opportunities of the Pilot Training Centre, and also they will visit the “General Mihajlo Apostolski” Military Academy where at the moment 13 cadets from Bosnia and Herzegovina are in the educational process.