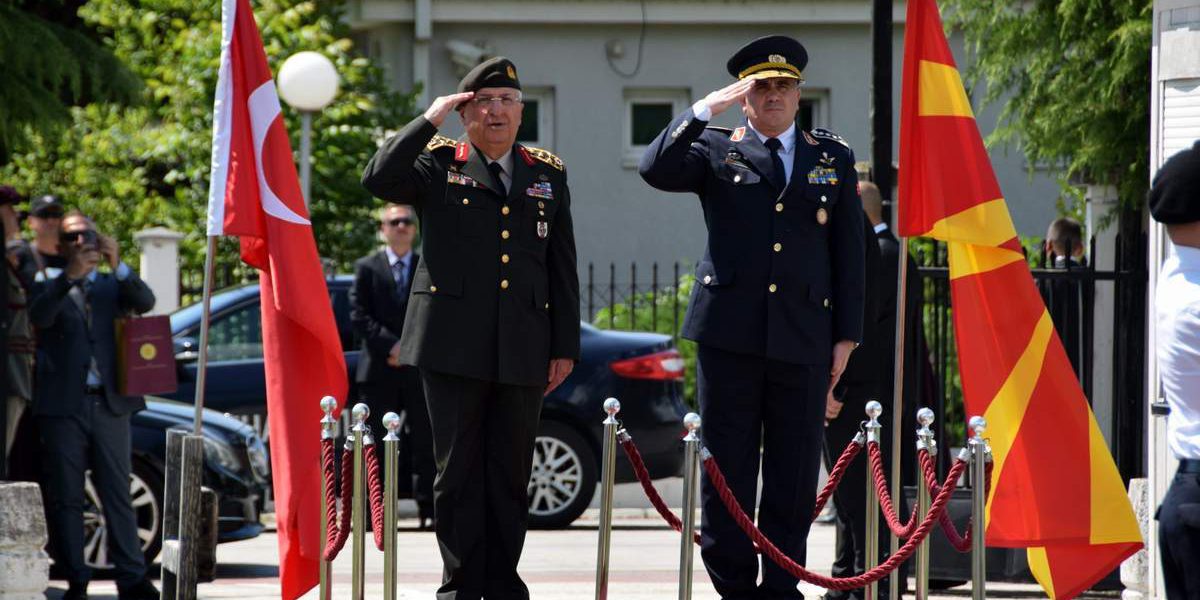 After the reception with military honors, at the meeting, Generals Gurchinovski and Guler discussed the deepening of mutual bilateral military cooperation, while considering the possibilities for finding new forms of joint performance and intensifying the already existing cooperation, especially in performing joint training and exercises, joint participation in missions and use of the capacities of both armies.

General Gjurchinovski expressed his gratitude and satisfaction for the joint participation in peace operations, such as the last joint participation in the ALTEA mission in Bosnia and Herzegovina, but also previously in Afghanistan, where our troops are or were under the auspices of the Turkish contingent. In addition to the above, planned future engagements in this area were discussed.

During the official talks with the delegation of the AF of Turkey, the current process of transformation of the Army, our contribution and participation in operations abroad and the possibility of using the facilities of the ATA “Krivolak” were presented.

As part of today’s visit, the delegation of the AF of Turkey attended a demonstration exercise, performed by the members of the Special Forces Battalion, which showed activities that demonstrated the training and readiness of our elite unit.

The Chief of the General Staff of the AF of Turkey, General Yashar Guler, will attend the Fifteenth Conference of the Chiefs of Defence of the Balkan countries hosted by the Army of the Republic of North Macedonia.