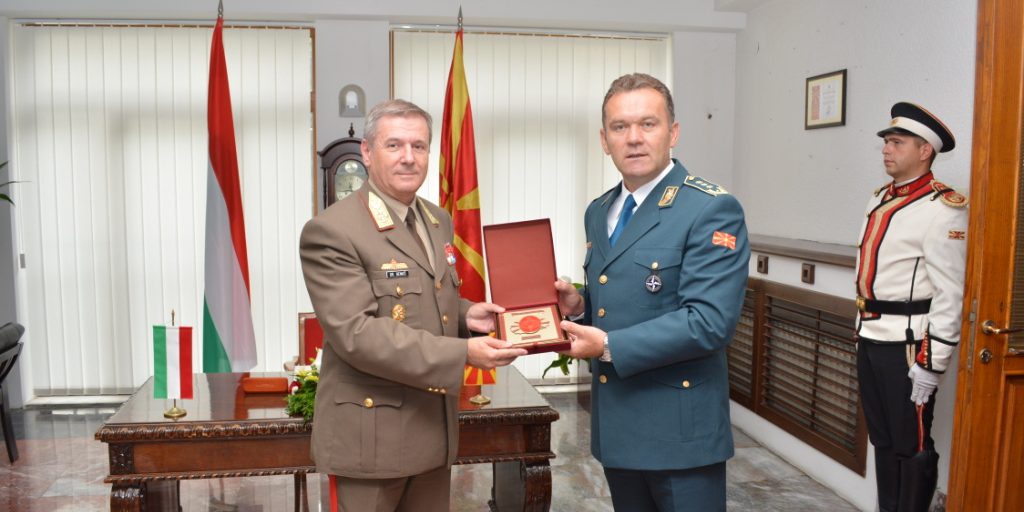 General Koteski stated his gratitude to Hungary and the AF of Hungary for the unreserved support given to Republic of Macedonia and the ARM in their efforts for full membership in NATO. He pointed out that the visit by General Benko, which is first visit of one Chief of the GS of the AF of Hungary, will be used for finding new ways and forms in expanding the bilateral inter-army cooperation. The Chief of the GS of the ARM indicated the achievement of the concrete cooperation with NATO Centre for perfection in military-medical training, which is part of the AF of Hungary, and as an opportunity in expanding the cooperation, he stated the capacities of the Pilots Training Centre of the ARM, as well as the other training capacities of the ARM.

General Benko expressed his satisfaction in the visit of Republic of Macedonia and the ARM, pointing out that the ARM and Republic of Macedonia have achieved the NATO standards for membership. He was impressed by the reforms in the ARM and the participation in the peacekeeping missions led by NATO and the EU and emphasized that in the future ARM will continue to enjoy the support by the AF of Hungary.

During his stay at the GS of the ARM, General Benko was received by the Minister of Defense Zoran Jolevski Phd.

The Chief of the GS of the AF of Hungary will have the opportunity to visit the Pilots Training Centre and the Military-medical Centre of the ARM, where he is going to be familiarized with the training capacities and possibilities of these centres.

The bilateral cooperation with Hungary, in the area of defense, was officially established in October 2002, by signing the Memorandum for cooperation between the Ministries of Defense. In the past years, the cooperation of the ARM with the AF of Hungary was in the field of language training, expert talks and education in different areas, as well as realization of joint exercises by the military air force.